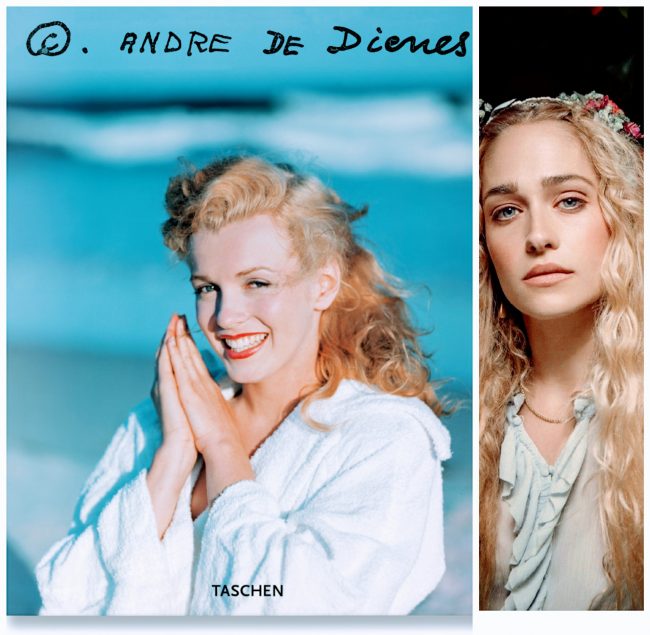 Jemima Kirke, the New York-based artist and actress (best-known as Jessa Johansson in TV’s Girls) has revealed some of her favourite books in an interview for Vulture.

“André De Dienes: Marilyn by André De Dienes
Some of the most important pictures taken of Marilyn Monroe throughout her career with a memoir to go along with it. She and De Dienes were lovers and longtime friends. She would often visit him and take pictures purely for the catharsis of it.”