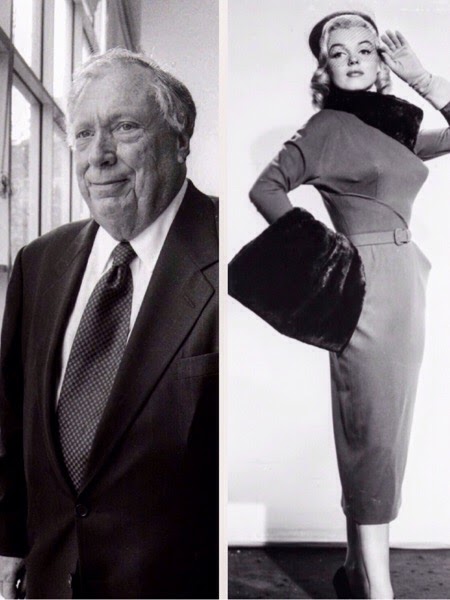 Stephen Reinhardt, the US appeal court judge known as the ‘liberal lion’, has died aged 87. In an article for the Los Angeles Blade, Jon Reinhardt recalls how Reinhardt cited Marilyn in his historic ruling on gay marriage.

“In 2012, Judge Reinhardt wrote the Ninth Circuit’s politically-savvy opinion in Perry v. Brown, which affirmed the lower court’s decision holding California’s Proposition 8 unconstitutional. The Supreme Court subsequently vacated that appellate decision, holding that the Prop 8’s opponents had no right to appeal the trial court’s ruling, but Judge Reinhardt’s opinion still shines with insight and humanity. He saw that, because California extended all the rights it afforded married couples to same-sex couples who registered as domestic partners, the only point of Prop 8 was to deny same-sex couples the ‘status and dignity’ of marriage.

‘That designation is important,’ he wrote. ‘A rose by any other name may smell as sweet, but to the couple desiring to enter into a committed lifelong relationship, a marriage by the name of registered domestic partnership does not.’ Adding a litany of cultural references to marriage, he quipped, ‘Had Marilyn Monroe’s film been called How to Register a Domestic Partnership with a Millionaire, it would not have conveyed the same meaning as did her famous movie, even though the underlying drama for same-sex couples is no different.’

Because Prop 8 furthered no legitimate government objective and was only an expression of the majority’s view of same-sex relationships as less worthy than their own, it violated the Constitution’s guarantee of equality for all.”