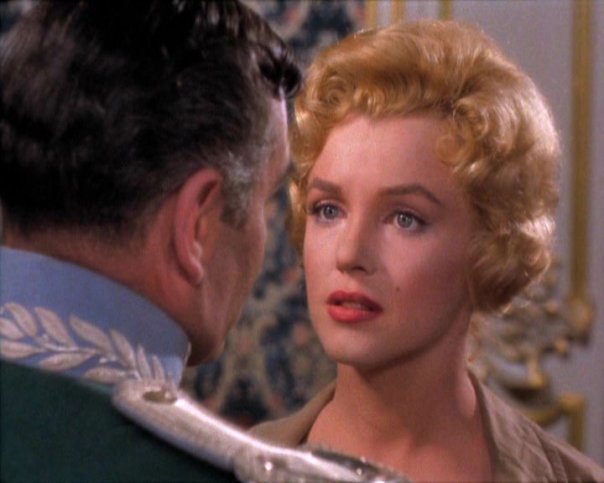 Marilyn is listed among ‘6 Extreme Students of Method Acting’ by Blake Hayek in an article for Crixeo, citing her clash with Olivier in The Prince and the Showgirl (though Bus Stop and The Misfits are arguably her most Method-y performances.)

“Many have rightly observed that method acting can tend to become a bit of a boys’ club and a self-validating reaction to the perceived trappings of being a ‘sissy in tights’ thespian. However, one performer certainly resets the balance somewhat. Marilyn Monroe famously played opposite theater heavyweight Laurence Olivier in The Prince and the Showgirl, and the two sparred on set over their respective — and diametrically opposed — acting techniques. A student of Lee Strasberg, Monroe no doubt would have seemed uncouth to the classically trained, old-school Olivier. Later Olivier famously quipped to Dustin Hoffman, who was exhausted after staying up three days to prepare for his role in Marathon Man (1976): ‘Try acting, dear boy. It’s much easier.'”