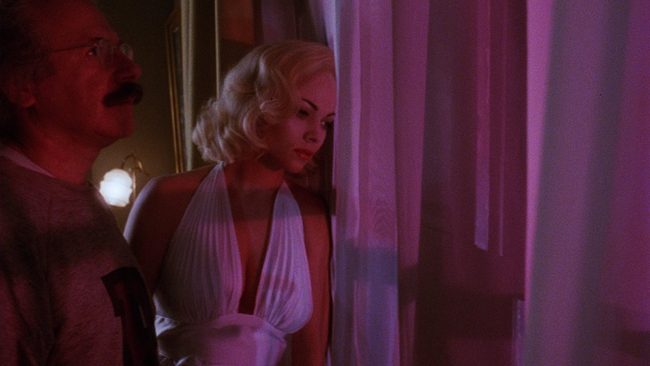 Insignificance, the 1985 fantasy imagining a meeting between Marilyn, Einstein and other icons of 1950s America, is ranked sixth among director Nicolas Roeg’s thirteen films, in an article by Shane Scott-Travis for Taste of Cinema.

“These recognizable popular culture figures, in typical Roeg fashion, riff on grandiose ideas and floundering emotions. What begins as trivial digressions gains momentum and significance, buoyed by stellar performances (like Tony Curtis’s Senator McCarthy, witch-hunting endlessly in his mind, or Theresa Russell’s Monroe, who, despite her ditzy dilettante routine can still teach Einstein a thing or two about relativity).

On the surface Insignificance may not be the exacting pedigree of Roeg’s recognized masterpieces, but it’s still a vast, ingenious allegory on fame, life, love, obsession, jealousy, and substantially so much more.”