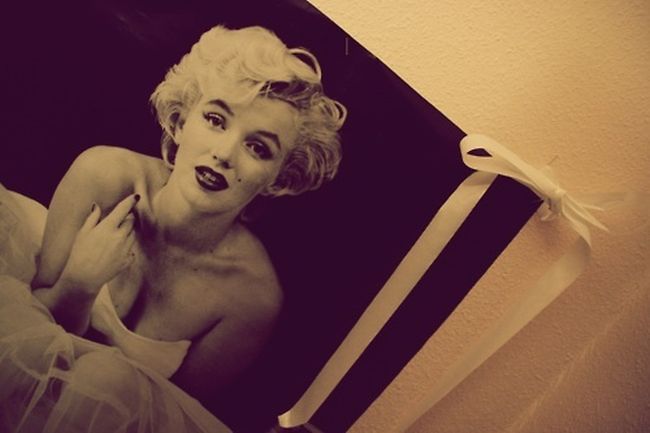 Author Joy McCullough has revealed how a youthful fascination with Marilyn spurred her to write a play, and how her subsequent decision to volunteer at a YWCA helpline for sexual assault victims triggered memories of an abusive relationship with her high school pastor, in an article for Signature Reads.

Joy’s debut novel, Blood Water Paint, is based on the life of Artemisia Gentileschi, a 17th century painter who was raped in her teens, and after taking the perpetrator to court, expressed her rage in art. While some might say that Marilyn wasn’t an ideal role model for a self-harming adolescent, it may be that her own tragic history of sexual abuse and mental illness that started Joy on the long and painful journey towards confronting her own demons.

“I was fascinated by Marilyn Monroe – her life, her death, her sexuality, her victimization. The play I wrote about her won an award and was staged by the university.

In my apartment the next school year, I hung a poster of Marilyn gazing directly at the camera, wearing an enormous tulle skirt and clutching the bodice to her chest. I’d never articulated why Marilyn became an obsession. Like my gut need to volunteer for the YWCA, I had followed a driving instinct. But sitting alone in that room, staring at that poster, the connections became clearer.

With Marilyn gazing out at me, I wielded a knife against my own skin. I wanted to see blood – a visible, logical reason for the pain that only intensified the longer I tried to dismiss it.

I didn’t believe Marilyn had intentionally taken her own life, but however it ended, it had been in deep pain and loneliness. If I stayed alone in my room with only my knife and a poster of a long-dead film star for company, I could end the same way.”