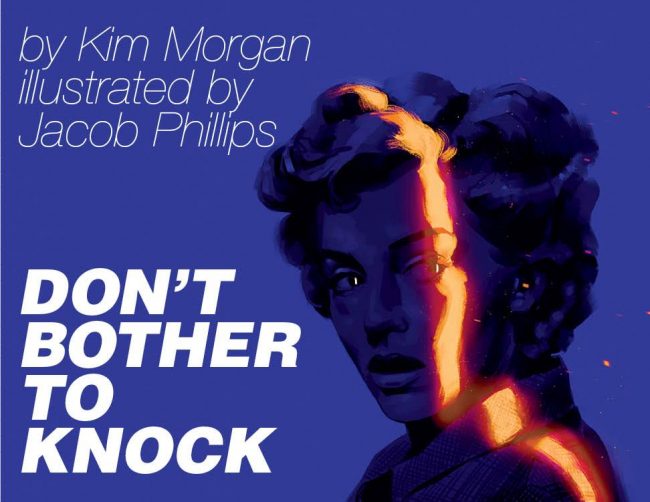 As reported last week, Don’t Bother To Knock has been released on Blu-Ray. Film critic Kim Morgan a longtime friend of this blog, has reviewed it for the latest issue of Kill Or Be Killed magazine, which you can order here.

“It’s a heartbreaking portrait, and a movie that sympathises with Nell [Monroe], but the moral of the story comes somewhat at Nell’s expense – Widmark’s Jed becomes the decent man for not giving in to temptation with the damaged woman. He finally shows an ‘understanding heart.’ It’s almost heroic because in real life many men wouldn’t be sensitive enough to resist. And you know that Nell will learn that soon enough. Likely, she already has.”