A lecture given this week by the British-based academic Griselda Pollock at the CaixiForum in Madrid, Spain has generated a buzz on social media. Beginning a series taking a closer look at the artist-muse relationship, Pollock focused on Marilyn’s relationship with Arthur Miller, as Paula Lindom reports for Classical & Modern. (Any errors in translation are mine…)

“‘What united this couple? Or, what destroyed them?’ Pollock asked the audience. ‘And what were the influences that each one had in the career of the other – did Monroe become Miller’s sinister muse? Or was Miller the monster that killed Monroe? Had Monroe killed Miller’s talent in some way? What influence did Miller have on Monroe’s creative life and life? To what extent did Monroe use Miller for her own creative work?'” 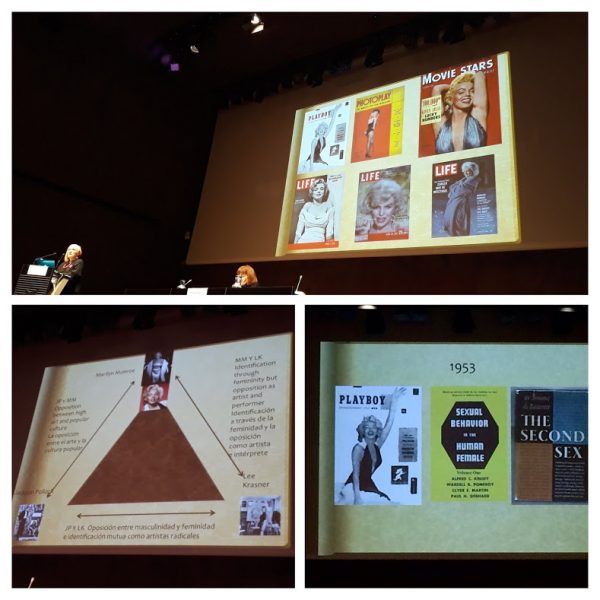 Pollock is also quoted in an article for the Turkey Telegraph. (The wording was a little hard to follow, so I have edited it slightly.)

“Griselda Pollock highlights many biographies of the iconic actress in which, however, ‘there is very little analysis of her work. How did a white woman, uneducated and abused, become a star like one she was? Why was Andy Warhol crying at her death? Why did Elton John identify with her? Why did Madonna forge her image in Monroe’s likeness?’

Of Marilyn’s marriage to Arthur Miller, Pollock remarks, ‘What a patriarchal mythology: genius and muse. The classical opposition between activity and passivity, desire and object of desire, creativity and inspiration. A different language is needed.’

‘She was given vapid comedy scripts remembered only because of her genius before the camera,’ Pollock adds. ‘She was intelligent, inquisitive and politically engaged; passionate and desperately ambitious to understand the art of acting. Miller did not inspire her; he was obsessed with her. I think they were both flawed geniuses.'” 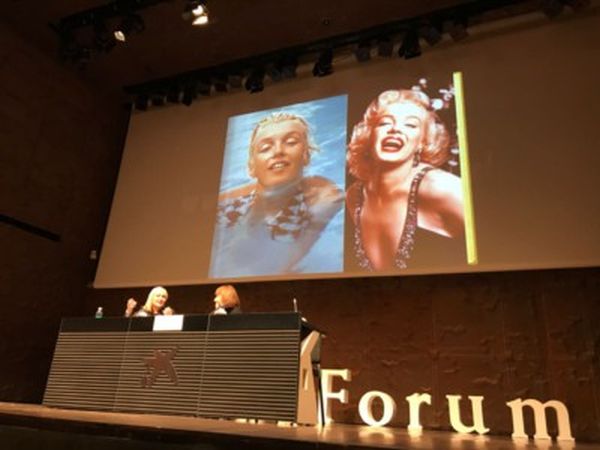