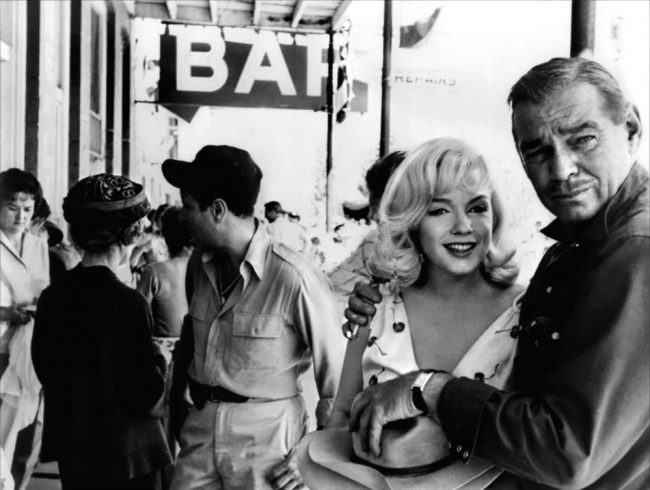 Film historian Robin Holabird will be giving a talk about her 2017 book,  Elvis, Marilyn, and the Space Aliens: Nevada Screen Icons (which includes a full chapter on The Misfits) at 6pm on February 13, as part of a ‘Nevada Neighbours‘ series presented by the Capital City Arts Initiative at the Community Development Building, 108 E. Proctor St in Carson City.

“In her Nevada Neighbors talk, Holabird will explore the blending of icons and Nevada, along with her personal experiences of watching movies, talking with famous people, and showing off a diverse range of stunning and iconic locations like Las Vegas, Reno, Lake Tahoe, and Area 51. She will discuss how Elvis Presley, Marilyn Monroe, and space aliens, like the Transformers, share a surprising connection along with James Bond, Indiana Jones, and Rocky Balboa — all beloved icons who have played active roles in movie and television projects set in Nevada.

In her new book, Elvis, Marilyn, and Space Aliens, Holabird shows how Nevada’s flash, flair, and fostering of the forbidden provided magic for singers, sexpots, and strange creatures from other worlds. She also gives readers an insider’s look into movie-making in Nevada by drawing on her extensive experience as a film commissioner. Holabird will share her personal take on film history and culture in her Nevada Neighbors talk.”