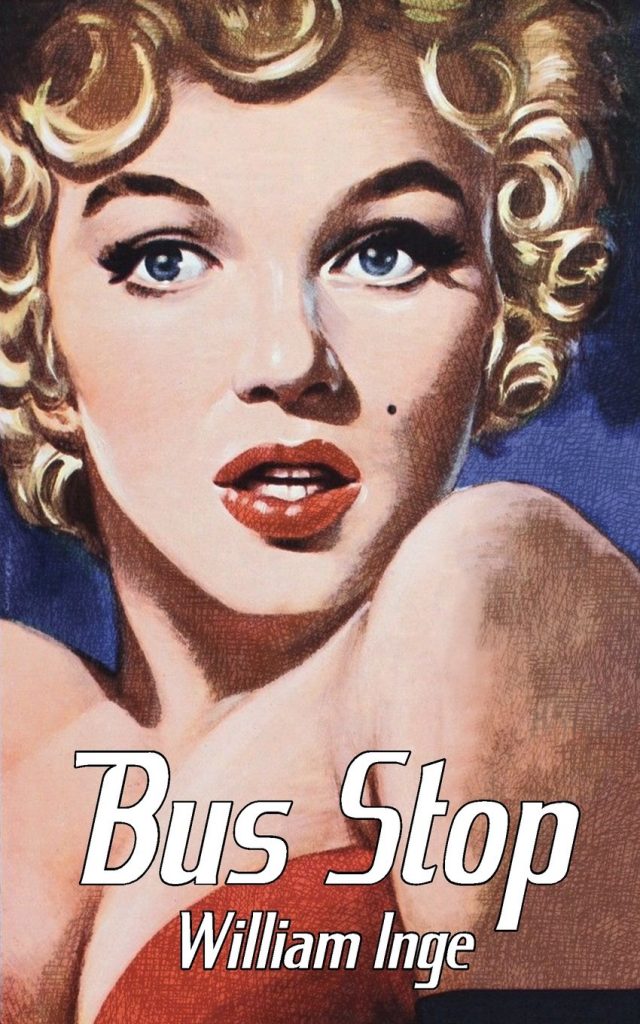 William Inge’s Bus Stop, a Broadway hit for actress Kim Stanley before being adapted for the screen, is often revived in America’s regional theatre and has now been reissued in paperback (and audiobook) by Wildside Press. Although the cover shows original artwork of Marilyn in the movie, the play’s text is somewhat different, focusing on other characters as well as Cherie and Bo. 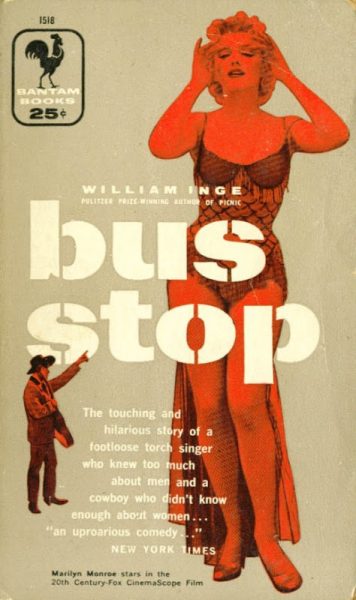 The play was published in 1956 with Marilyn on the cover, while the movie’s UK release was accompanied by Bus Stop: A Story of the Twentieth Century Fox Film, a 96-page booklet featuring photos and a mini-novelization. 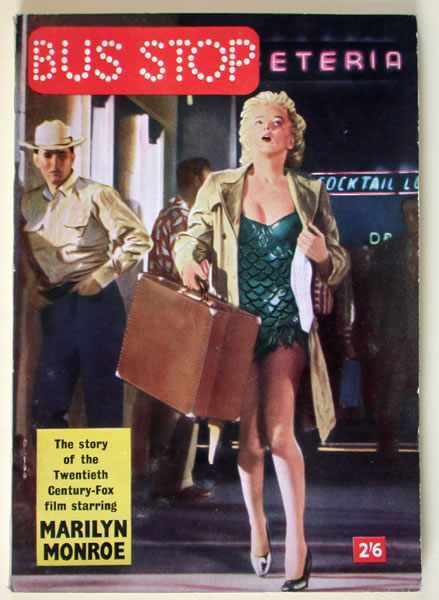