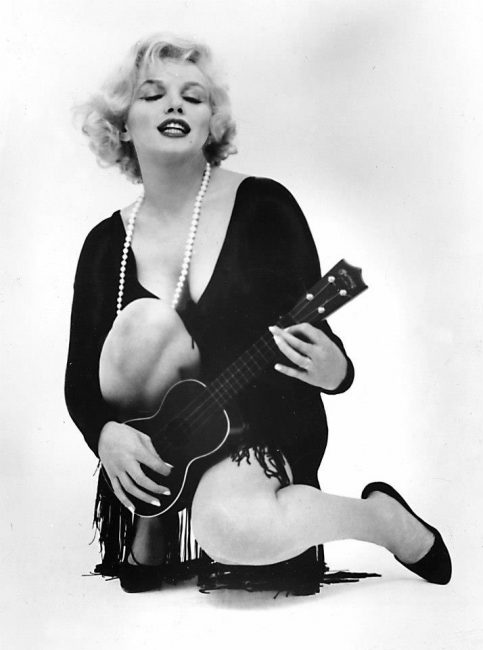 Frederick Eberstadt, who was Richard Avedon’s studio manager from 1958-60, shared his memories of the Some Like It Hot photo shoot in Avedon: Something Personal.

“When Dick was doing the publicity photographs for Some Like It Hot, Tony Curtis came in carrying the most elaborate camera you ever saw. He said to Dick, ‘You’re the perfect person to show me how to use this thing.’ Dick took one panicked look and said, ‘My studio manager Frank [Eberstadt] will be happy to help you out.’ One of the first things he said to me when I went to work for him was, ‘Don’t bother to learn any technique – you can always hire some guy for a few bucks a week.’ Dick simply did not know how he did what he did. Learning to photograph from him would have been like trying to learn to sing from somebody who has perfect pitch and just can’t help hitting the right note. 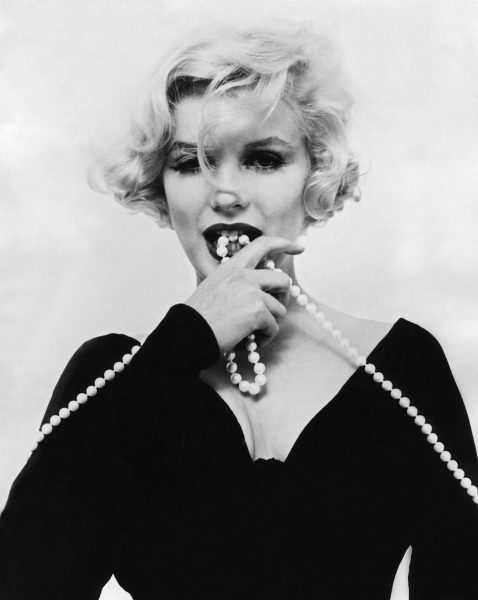 At noon on the day he was to shoot Marilyn, a woman with a doughy face and a babushka, who I presumed to be her maid, dropped off some clothes for her at the studio. It turned out to be the star herself – that was what she looked like when she was not in full drag. She was supposed to come back at three, but Dick had booked somebody else in that slot, knowing she most likely wouldn’t show up until six and wouldn’t be ready to work until nine. He told me to stick around, that my job would be to make sure her vodka was diluted enough so she didn’t get too drunk but not so much that she realised it was mostly water.” 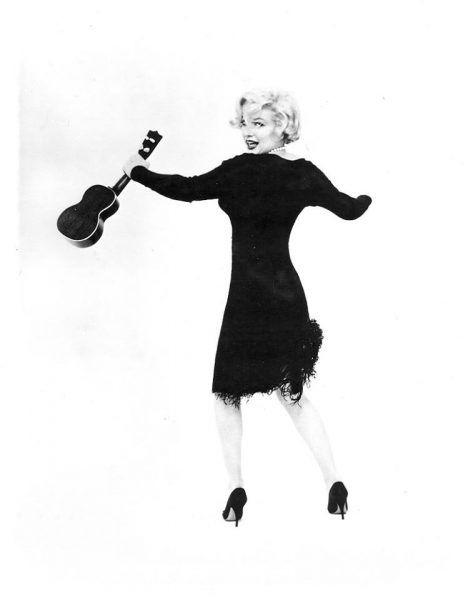