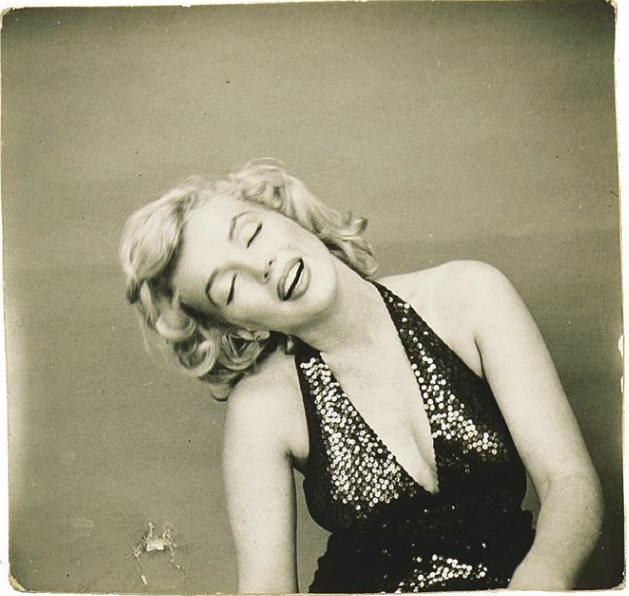 Richard Avedon and Marilyn had a dear mutual friend – the novelist Truman Capote, who provided the text for Avedon’s 1959 book, Observations.

“Truman leapt at Dick’s invitation to collaborate on a book project. He sent his text to Dick in stages, written in his fussy little hand on yellow legal pads and always accompanied by a note that endearingly began ‘Beloved Collaborator.’ Dick was dazzled by Truman’s lapidiary descriptions of his portraits … Marilyn Monroe – ‘a waif-figure of saucy pathos … an untidy divinity – in the sense that a banana split or cherry jubilee is untidy but divine’ … Though Truman’s contributions would be labelled as ‘comments’, they added up to a composite portrait of their own and succeeded in making Observations as much a book with pictures as a picture book with text.”