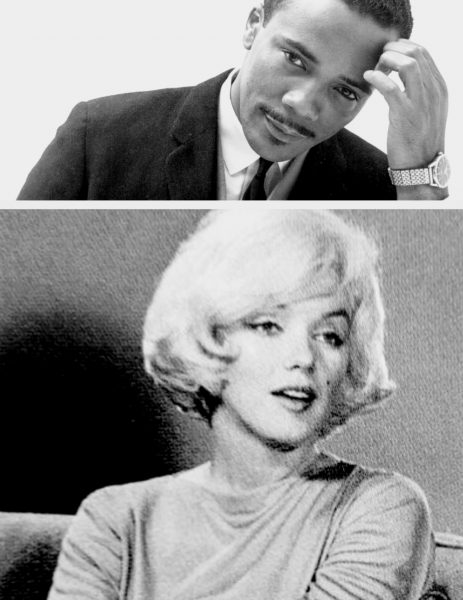 The legendary music producer Quincy Jones began his career during the 1950s, touring Europe in jazz orchestras before being appointed musical director of Mercury Records in New York. In an interview for GQ magazine, the 84 year-old recalls his friendship with Frank Sinatra and their shared interest in women, including Marilyn (whom Quincy probably met while she was dating Frank in 1961.)

His derogatory comments about her appearance are blatantly sexist, and there’s also no evidence that she was interested in him. I certainly can’t imagine Sinatra encouraging another man to pursue her, as he was very fond of Marilyn at the time, and also a jealous lover. So this was probably, at most, a joke in poor taste. However, as the interview as a whole is quite outrageous, perhaps Mr Jones is simply playing to the gallery.

“A few minutes later he shows me photos of some of his children:

‘When you’ve been a dog all your life, God gives you beautiful daughters and you have to suffer. I love ’em so much. They’re here all the time.’

How come you think you’ve been a dog all your life?

‘I don’t know. Probably because I didn’t have a mother. And the big bands, that’s like the school of the dogs. Traveling bands? Every fucking night it was like the girls coming through Neiman Marcus: Oh, I like trumpet players, I like sax players, I like guitar players … Rita Hayworth, all of them. It was unbelievable, man. Frank was always trying to hook me up with Marilyn Monroe, but Marilyn Monroe had a chest that looked like pears, man.’

So you turned down Marilyn Monroe?

‘Let’s not talk about it. Come on, man. We killed it. You know, I came up with the two wildest motherfuckers on the planet. Ray Charles and Frank Sinatra. Come on. They were good-looking guys, they had all the girls they wanted, and they showed you how to deal with it. So did Rubirosa—the king of the playboys … You know, all these women were available all over the world. I did a tour with Nat Cole in ’61 with my band—we couldn’t stop the girls. It’s incredible. Women are a trip, man.'”

UPDATE: Quincy Jones has made a public apology for his recent statements. Marilyn isn’t specifically mentioned here, but I think it’s worth sharing… 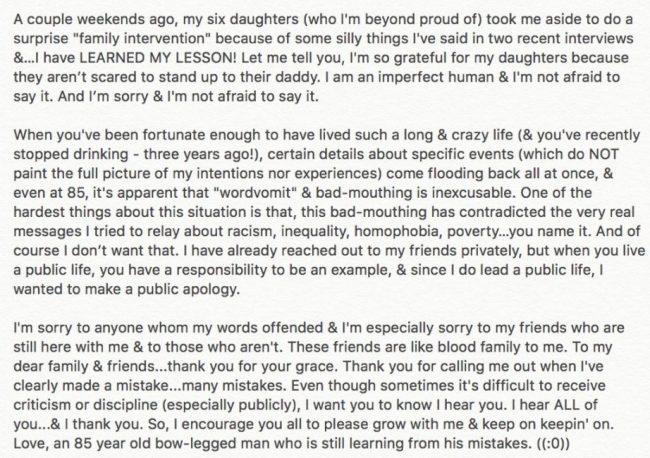