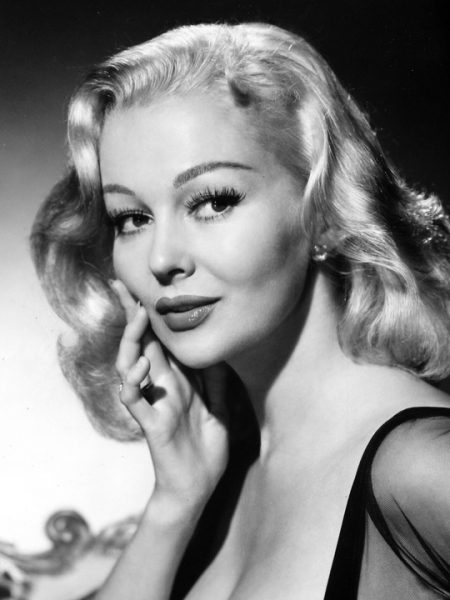 The Danish-born actress turned artist Greta Thyssen – who made her Hollywood debut as a body double for Marilyn in Bus Stop, before finding fame in her own right, and dating Cary Grant – has died aged 90, as Rhett Bartlett writes in the Hollywood Reporter. Greta’s film credits include Accused of Murder (1956), Terror Is A Man (1959), Three Blondes In His Life (1961), and Journey to the Seventh Planet (1962), but she is perhaps best-known for a series of comedy shorts made with the Three Stooges.

“Born in Hareskovby, Denmark, Thyssen was named Miss Denmark in the early 1950s. She soon left Europe, via Paris, for Hollywood.

With measurements of 39-24-36 or 40-21-35 — depending on which men’s magazine one came across — Thyssen was just right as a body double for Monroe during the filming of the romantic comedy Bus Stop (1956).

Thyssen’s movie career ended in 1967 after she decided to raise a family with her third husband, Theodore Guenther, a mining engineer. He died in 2000.

In retirement, she became as an artist in New York, painting representational nude figures against surrealistic allegory backgrounds, at the Art Students League.”

Greta shared her memories of Marilyn in a 2010 interview with Mark Voger for NJ.com…