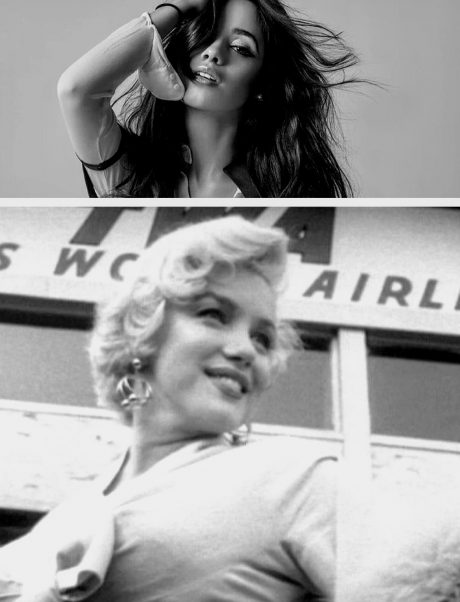 Cuban-American Singer Camila Cabello, who is promoting her debut solo album after leaving girl group Fifth Harmony, performed a new track, ‘Never Be the Same’, on Jimmy Fallon’s Tonight Show.  ‘Cabello turned up the heat with her smouldering delivery as a dizzying montage – we see clips of Marilyn Monroe, brutal storms, spiral galaxies and so much fire – lit the backdrop,’ Billboard reports. The footage of Marilyn blowing a kiss to the camera was filmed when she arrived in New York’s Idlewild Airport to film The Seven Year Itch in September 1954, and is also captured in an iconic photograph by Arthur ‘Weegee’ Fellig.