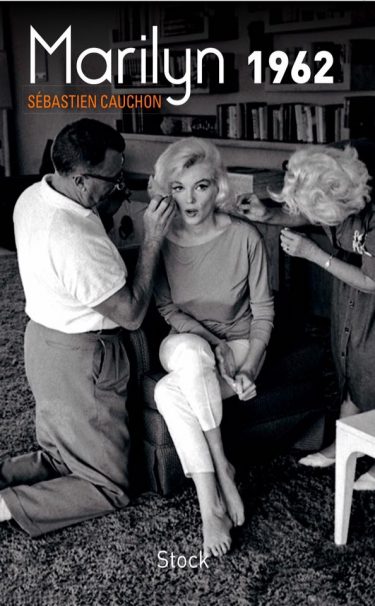 French author Sebastien Cauchon’s novel, Marilyn 1962, has been optioned as a 10-episode TV mini-series, Variety reports.  Sebastien is a longtime admirer of MM, so this is great news for the fan community – and while we wait, let’s hope an English edition of his book is also on the way!

The critically-acclaimed book, which was published by Editions Stock in France and Chuokoron Shinsha Publishing in Japan, sheds light on what Monroe’s life and psyche was like on the year of her death, through the perspectives of twelve people in her closest entourage – from her feared publicist to her controversial doctor.

Cauchon, who has been passionate about Monroe for most of his life, said he got access to archives which emerged within the last several years at sales auctions. These memorabilia allowed him to identify members of Monroe’s entourage before her death in 1962. He also conducted interviews with photographers such as Bert Stern, George Barris, Douglas Kirkland, Larry Schiller and Bob Willoughby who spoke about their relationships with Monroe and her entourage.”