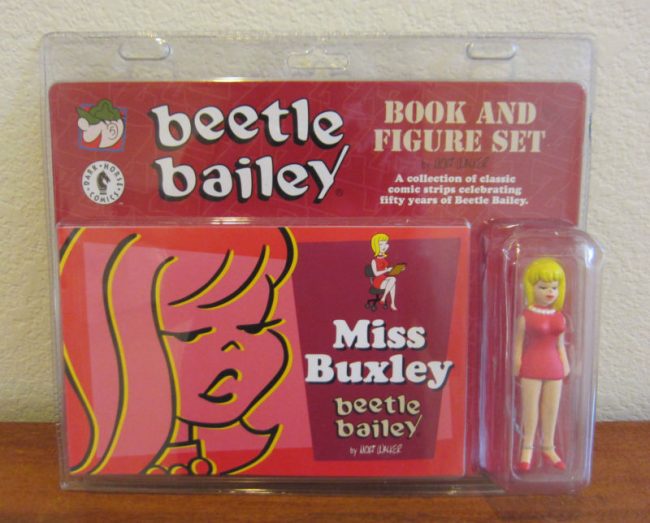 “After a brief career in New York as a cartoonist for Dell Publishing Company, Walker’s childhood dream came true. He liked to tell the story that ‘Beetle’ was the final comic strip approved by newspaper tycoon William Randolph Hearst.

‘Beetle Bailey’ was initially based on Walker’s years as a University of Missouri undergraduate, and specifically on a school pal, the late David Hornaday. A statue of ‘Beetle’ now lounges on the campus.

Beetle was drafted during the Korean War, but Walker feared the long-term appeal of an army strip and sent Beetle back home. Readers demanded Beetle re-enlist and he remains a private 60 years later.

The only occasional combat they saw was from readers. Walker wrote books addressing accusations of sexism (regarding the character of Miss Buxley, who was based on Marilyn Monroe); and racism (concerning Cpl. Yo and Lt. Flap). He even drew friendly fire, as Stars and Stripes once suspended publication of the strip, perceiving it as not supporting the American soldier.” 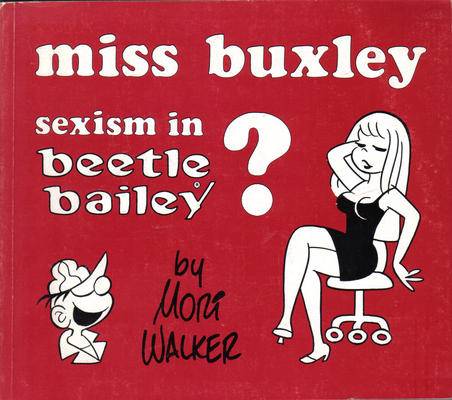 While Miss Buxley came to embody the ‘dumb blonde’ stereotype that Marilyn tried to escape, she might  be smarter than she lets on…