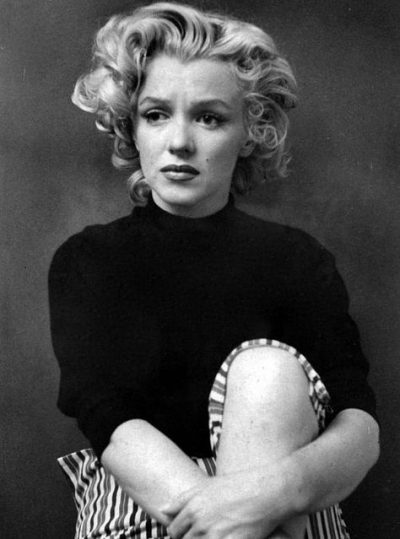 Marilyn’s name has all too often been exploited for profit, but a recent incident involving a posthumous ‘proxy baptism’ by the Church of Latter Day Saints is downright creepy, as revealed in an Associated Press report for The Guardian. Despite having no living connection to the Mormon faith, Marilyn is one of several dead celebrities to be appropriated in this manner.

“Mormons have recently posthumously baptised at least 20 Holocaust victims, Humphrey Bogart, Marilyn Monroe and the Queen Mother, according to a researcher who has spent two decades monitoring the church’s massive genealogical database.

The researcher, Helen Radkey, is a former Mormon who left the Church of Jesus Christ of Latter-day Saints in the mid-1970s and was excommunicated after publicly criticising it. She was blocked from the baptisms section of the massive collection of genealogical records the Utah-based church makes available to the public through its website, familysearch.org, until she was given a login by a friend.

Printouts and screenshots show that in the past five years, proxy baptisms were performed on at least 20 Holocaust victims. Radkey said she found no evidence of ancestral ties to Mormons in those baptisms or in those linked to famous people.

Her discoveries will bring new scrutiny to a practice that has become a sensitive issue for the church. In a statement, the church acknowledged the ceremonies violated its policy and said they would be invalidated.”