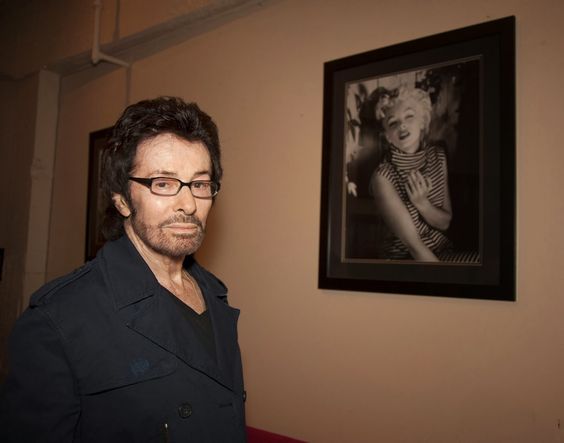 George Chakiris, the perenially youthful actor, dancer and choreographer, who worked with Marilyn at the start of his movie career in Gentlemen Prefer Blondes and There’s No Business Like Show Business, and has spoken fondly of her at several memorial services, has shared his memories with Stephanie Nolasco for Fox News.

‘Whenever they cut [a scene] for any reason, she didn’t go to the mirror or her dressing room. She went right back to her starting position and was ready to shoot the number again or that portion of it… She was just so strikingly beautiful. She had such fair skin.’

‘I remember one time… Jack Cole was facing Marilyn and behind him, also facing Marilyn was Natasha Lytess,’ recalled Chakiris. ‘But he didn’t know Natasha was behind him. And I guess he was giving Marilyn some kind direction and Natasha was very slowly shaking her head. It looked like, Pay no attention to what he’s telling you, I’ll tell you later. But Marilyn Monroe was wonderfully polite to the both of them.’

‘I know there are those other stories, of course,’ explained Chakiris. ‘But the thing that I noticed was her courtesy, how wonderfully quiet she was, how her main concern was her work… I really admired that… She never made a big, loud entrance.’

‘I always thought that in spite of what anybody said about her in any way, shape or form, I always felt [that] in her heart she was kind. There was a sweetness to her… I respect who she was and what she was trying to do… When you see her in a movie, any movie she’s in, your eyes always go to her… She’s so gifted, I think. She’s musically gifted.’