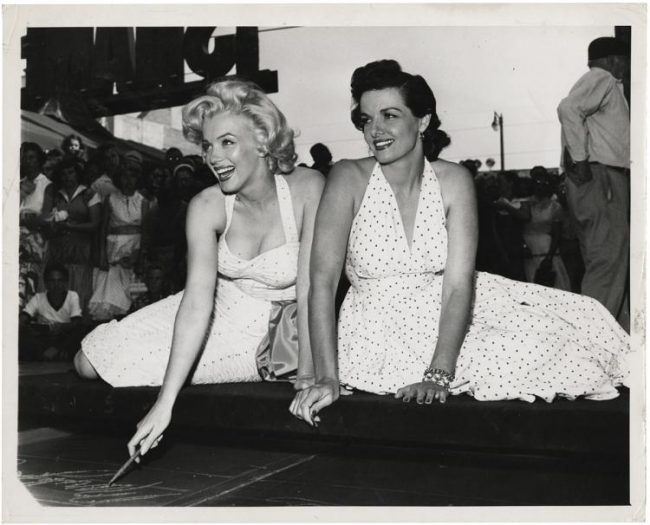 Singer Mariah Carey is one of Marilyn’s most famous fans – she bought the star’s white piano at Christie’s in 1999, and recently revealed to Vogue that she also owns a compact belonging to Marilyn, containing handwritten notes for her Golden Globes speech. And today, Variety reports, Mariah will  follow her idol’s path as she dips her hands and feet in cement outside Hollywood’s Chinese Theatre.

“Even with a long list of accolades behind her and a number of upcoming projects ahead of her, being immortalized alongside legends such as Marilyn Monroe, one of her own idols, is not an event Carey takes lightly. ‘I have this picture of Marilyn Monroe and Jane Russell when they were doing their imprint ceremony. It’s an iconic photograph, and I have it hanging in my living room,’ Carey says. ‘It’s something that feels humbling, and I feel honored by it.'”