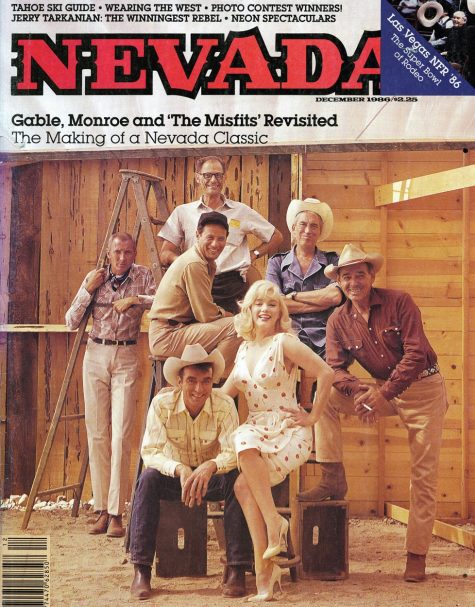 The tumultuous filming of The Misfits has become part of the Desert State’s history, as Janet Geary, publisher of Nevada magazine, observed in a talk for the Fallon lecture series, ‘Pictures of the West’, this week at the Churchill County Museum, as Steve Ranson reports for Nevada Appeal.

“The 1980s began to offer more in-depth articles such as on the native Indians of Nevada; Nevada’s buckaroos, a black and white collection, and the state’s ranches; the golden anniversary of Hoover Dam with a spectacular night-time photo of the dam; the magazine’s 50th anniversary; the 25th anniversary of the filming of the movie, The Misfits, starring Clark Gable and Marilyn Monroe; and the state’s 125th birthday in 1989. She said The Misfits from December 1986 was the most popular cover.”