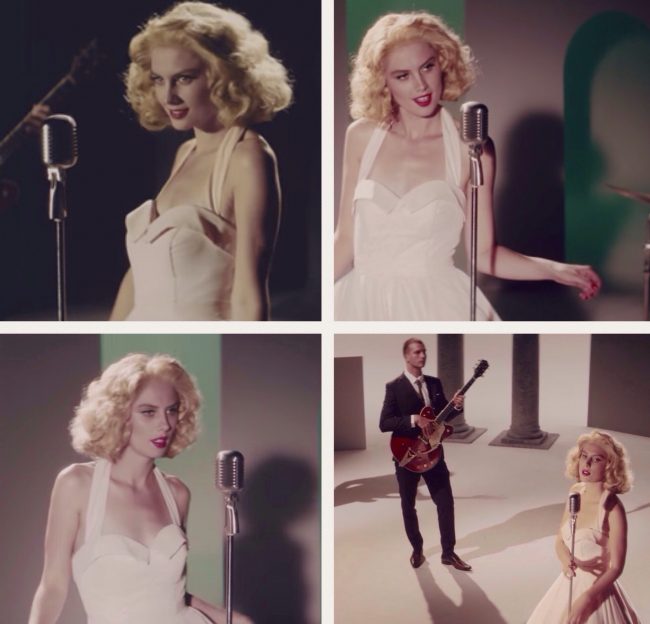 The British alt-rock band Wolf Alice has just released the video for ‘Beautifully Unconventional’, the latest single from their Visions Of Life album, with singer Ellie Roswell seemingly taking style inspiration from Marilyn, as MXDWM reports.

“Perhaps the idea of the video gets at how a culturally ultra-conventional icon like Marilyn Monroe is actually an unconventional individual. To be conventional would one would have to be anything other than an American icon. To be conventional is to be part of the cultural masses—going to work, raising a family, having normal things to talk about. Monroe’s life was hardly normal, and she would stick out ‘sorely’ in a regular, everyday context. Convention is normal, beautiful unconventionality is someone who sticks out not like a sore thumb, but like Marilyn Monroe.”