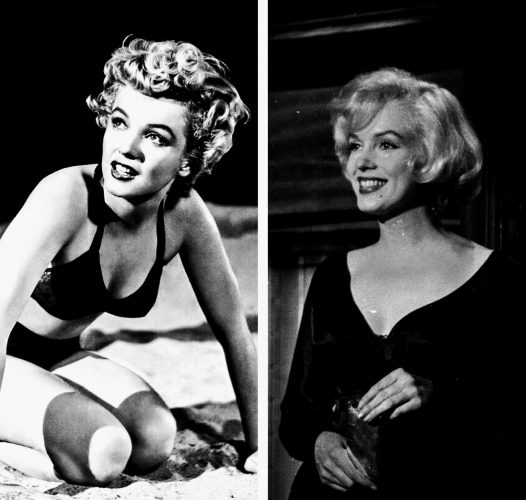 Marilyn will be the star attraction at a very special event in one of London’s most famous concert venues, the Royal Albert Hall, on Sunday, October 8. Aptly titled ‘The Many Sides of Marilyn,’ the movie double bill begins in the Elgar Room at 5pm, with a rare screening of Fritz Lang’s 1952 melodrama, Clash by Night, where a young Marilyn plays a feisty factory girl. There will be a post-film discussion with film producer Mia Bays, and Jacqueline Rose, who wrote about Marilyn in her 2015 book, Women in Dark Times. Then at 8:15 pm, the comedy classic Some Like It Hot follows. You can see both films for £25, or book separately if you wish. Seating is unreserved, at cabaret tables, and you can order dinner with a 20% discount.