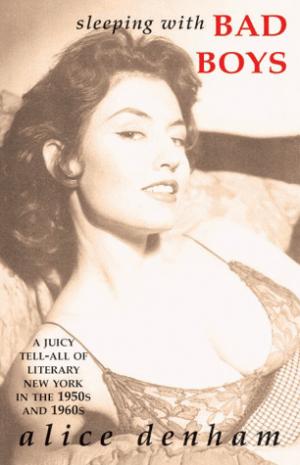 Alice Denham, who died last year aged 89, was armed with a master’s degree in literature when she came to New York in 1953, hoping to be a writer and supporting herself by nude modelling. Within three years, she was a Playboy centrefold – the magazine also published her short story, ‘The Deal’, in the same issue. Like other independent women of her era, however, Alice’s promising career stalled while her male peers triumphed.

Forty years later she published a sensational memoir, Sleeping With Bad Boys: A Juicy Tell-All of Literary New York. In it, she wrote of her encounters with James Dean, Marlon Brando, Sam Spiegel, Norman Mailer and Hugh Hefner, among others. She also spoke admiringly of Marilyn, and described a brief sighting of her at the El Morocco nightclub in Manhattan.

“We table-hopped and Harry introduced me to Cary Grant and Esther Williams, Jack Benny, and both Gabors. Out on the floor again, I danced past Marilyn Monroe in a plain black short gown with spaghetti straps. Marilyn looked incredibly beautiful and bored, as she danced with a fat short producer, then returned to her table where there were three other short fat producers in tux. Marilyn was far more gorgeous than her photos.”