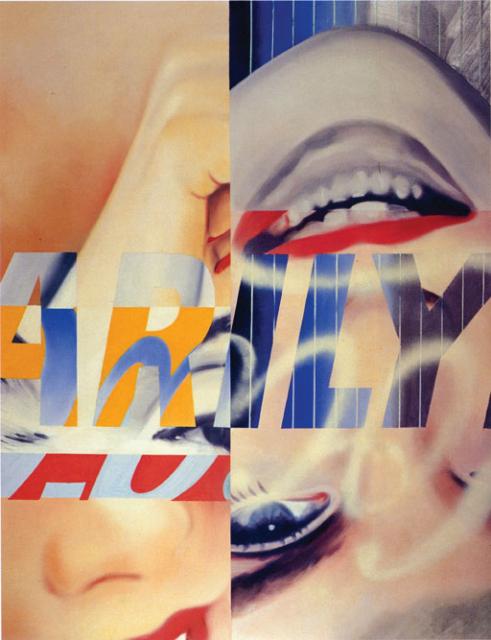 Following news that the American pop artist James Rosenquist has died aged 83, here’s a closer look at one of his most celebrated works, from The Art Story.

James Rosenquist painted this inverted and fragmented portrait of Marilyn Monroe just following her unexpected death in 1962. Like fellow Pop artist Andy Warhol, Rosenquist transformed Marilyn’s iconic image. But whereas Warhol used well-known photographs of the celebrity sex symbol repetitiously, Rosenquist chose to present her in a manner that denied immediate recognition, while preserving her coquettishness. He achieved this by breaking apart her eyes, lips, and hand, reassembling the pieces into a seemingly random configuration, and boldly overlaying letters that are themselves fragments of her name.

Below the lettering appears a fragment of the word ‘Coca-Cola’ in the soda’s trademark script. Through this association with branding, mass-production, and popular culture, the artist draws attention not so much to Monroe as a person as to how she was packaged in the mass media and marketed based on her sex appeal, here synecdochically referred to through images of her smiling mouth and attractive blue eyes artistically repackaged. Rosenquist’s painting of Marilyn Monroe is one of countless others painted by his contemporaries, including Andy Warhol and Willem de Kooning, that attest to the increasing power of mass media and its impact on art production during the 1960s.