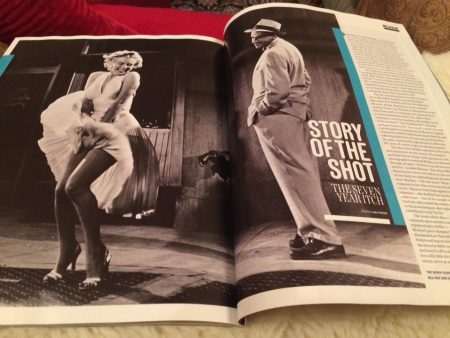 With the lost footage from the New York location shoot for The Seven Year Itch now making headlines, it’s a good time to revisit Marilyn’s most famous movie scene, as Ian Freer does in ‘Story of the Shot’, published in the February issue of UK film magazine Empire.