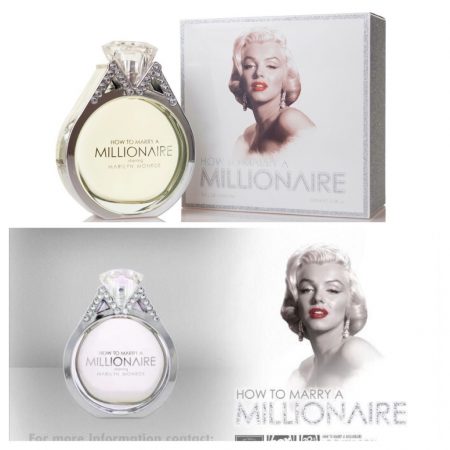 Marilyn’s old studio, Twentieth Century Fox, is launching a line of fragrances named after her most famous movies, and a promotional video has been created for the first perfume, How to Marry a Millionaire, reports Wales Online.

Bristol-based fragrance specialist Designer Fragrances then launched the How to Marry a Millionaire inspired women’s fragrance and gift sets in stores across Europe.

Luminous Media director Martin Downes, from Pontypool, said: ‘It is a massive honour for a local Welsh company to be able to produce a video for a product like this.’

‘As you can imagine, there are very strict guidelines for using images of a Hollywood legend like Marilyn Monroe. We came up with a storyboard for the motion graphic video that drew on elements from the movie as well as showcasing the fabulously designed fragrance bottle.'”