Items from Lee Strasberg’s estate will be auctioned at Julien’s this Friday. They include many of Marilyn’s notes, poems, ink and crayon  drawings and watercolours, previously published in the acclaimed Fragments and the French book, Girl Waiting. Some of the artworks purchased by Marilyn for home display are also up for bids.

Abigail Cain has written an insightful piece about Marilyn’s little-known artistic side for Artsy.net.

“‘Not only was she a voracious reader and a haunting poet, but, as several of these objects prove, Monroe was also deeply invested in both collecting and creating visual art. Among these items—many of which have never before been seen by the public—were the 1961 architectural plans for Monroe’s unrealized Manhattan apartment. In this drawing, a space was marked off for an art studio inside the three-story townhouse, located at 241 East 61st Street. 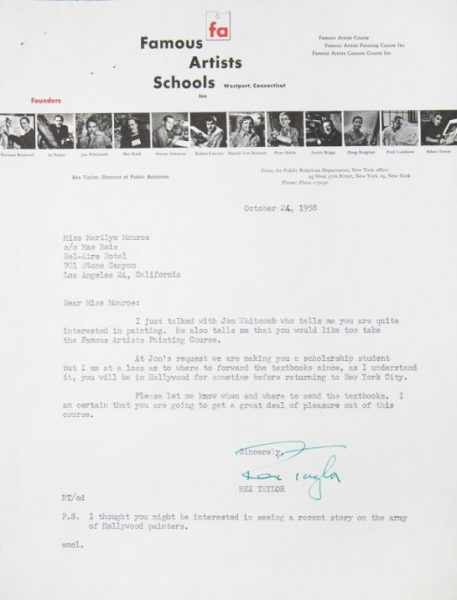 In addition, a series of letters from the late 1950s show that Monroe was enrolled in a correspondence art course through the Famous Artists School in Westport, Connecticut. The recovered documents include a roster of instructors, a ‘Rate Yourself Progress Chart,’ and several pages explaining the logistics of the painting class and long-distance critiques.

Also included in the auction is a series of drawings by Monroe, done primarily in Conté crayon. Although these are not dated, Woolley said it’s possible they were completed as part of the correspondence art course. 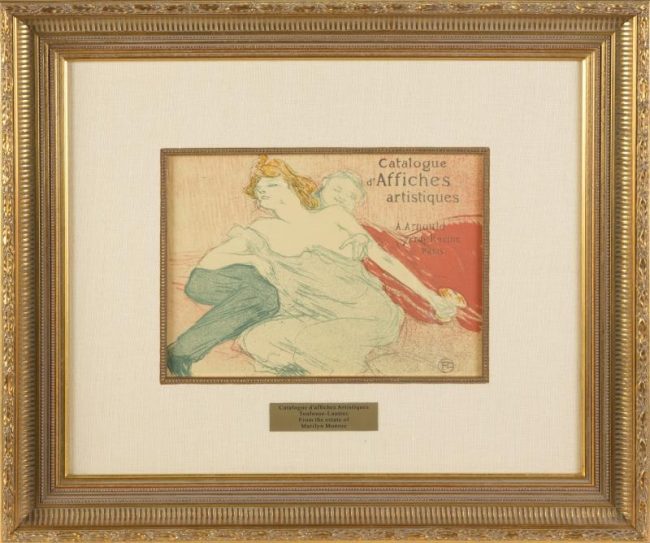 Beyond her own sketches, Monroe was also a collector of art. Her tastes were varied—at the beginning of her career, she taped inexpensive reproductions of Albrecht Dürer, Fra Angelico, and Leonardo da Vinci to the walls of her Hollywood apartment. As she grew in both fame and fortune, she began to purchase originals instead.”