Gretchen Mol, who starred in The Notorious Bettie Page and TV’s Boardwalk Empire, has talked about her early days as an aspiring actress in an interview with  Backstage.

“I remember when I took my résumé into William Morris Agency and they kind of snickered at my special skills section. Like, ‘We gotta get rid of this.’ The one that did get me my first summer stock job was I had ‘Marilyn Monroe impersonation,’ and a director said, ‘Can you sing your song as Marilyn Monroe?’ It was ‘Unusual Way,’ from Nine. I did it. I really did not have the impersonation down that well. [Laughs.] I didn’t expect to be called out on it! I remember when I walked out he said, ‘You aren’t afraid and that’s gonna really help you in this business.’ Along the way, you need people to believe in you or see something in you and then tell you, so you feel you’re on the right track. Those kinds of moments are so important when you’re starting out. And I remember that so well, walking out thinking, Whether I get that job or not, I feel like it couldn’t have gone better.” 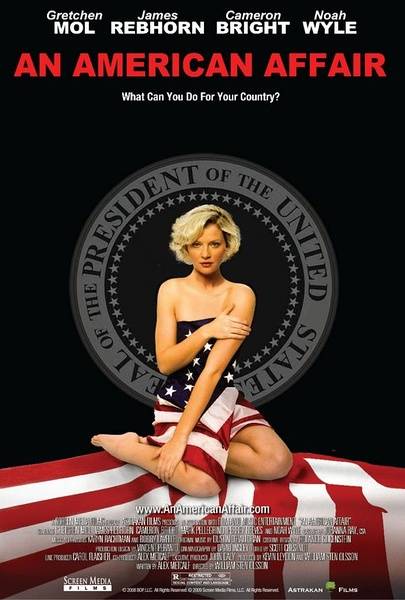 Gretchen was also (albeit inaccurately) compared to Marilyn after playing a woman involved with John F. Kennedy in An American Affair (2009.)

“Her first, semi-nude scene in An American Affair is reminiscent of Marilyn Monroe’s iconic photo shoot with Bert Stern in 1962, taken shortly before her death, a year before this story begins. Monroe was also alleged to have been a lover of John F. Kennedy, and even played a similarly-named character, Claudia Caswell, in All About Eve (1950.)

Blonde, free-spirited and sexy, with a messy love life – it would be easy to assume that Catherine Caswell is a version of Monroe herself. However, the resemblance is only skin-deep. Monroe’s dalliance with Kennedy has long been the subject of gossip, but the truth of the matter is still uncertain.

After further investigation into Kennedy’s many extra-marital affairs, it becomes clear that Catherine Caswell is more closely modelled on another of his mistresses, Mary Pinchot Meyer …. Meyer was smart, liberal and probably one of the few women whom Kennedy treated as an intellectual equal. They met at least thirty times, and their relationship is generally considered to be one of the most significant in Kennedy’s fast-paced life.”