Spanish fans may be interested to know that the touring exhibit, Philippe Halsman: Astonish Me! is now on display at the CaixaForum Barcelona until November 6, as Samuel Spencer reports for BlouArtInfo. (I have corrected some minor errors in the extract below.)

“Featuring 300 photographs and documents from the photographer’s extensive career, Astonish Me! is the first Spanish retrospective of the American photographer [born and raised in Austria] who, among other achievements, undertook 110 covers for LIFE magazine. Halsman also popularized the portrait concept of people jumping — at the time a revolutionary idea that has since become a photographic cliché, unavoidable at any graduation ceremony.

Termed ‘jumpology’ by Halsman, jumping was used by him as a psychological tool. He believed that it showed people without inhibitions; as he once said, when someone jumps, “the mask falls.” As such, Halsman saw it as a crucial tool for photographing celebrities, allowing him to cut through the façade of their media image.

Among the jumpologists Halsman shows in the exhibition are Marilyn Monroe, who he tried to convince for three years to jump for a shoot before she finally agreed. Monroe jumped 200 times for the resulting image, which became iconic when it appeared on the LIFE cover in 1957 [actually, it was in 1959.]“

A trove of rare photos from the estate of Frieda Hull – a former member of the Monroe Six, the group of loyal fans who befriended Marilyn after her move to New York in 1955 – has been added to the upcoming Julien’s Auctions sale, set for November and also including items from the David Gainsborough Roberts Collection and Marilyn’s own personal archive, as Just Collecting reports. (This follows the sale of fellow Monroe Sixer Jimmy Collins‘ photo collection at Heritage Auctions earlier this year.)

“Hull’s job as an airline employee also enabled her to follow Monroe on the West Coast, and throughout her life she built up an archive of rare photographs spanning the actress’ entire career.

In addition to the photographs that members of the ‘Six’ took themselves, Hull’s collection features a wide range of previously unseen images. They include unseen colour photos of Monroe as she sang ‘Happy Birthday’ for President John F. Kennedy at Madison Square Garden; slides of her on location filming the iconic subway skirt-blowing scene from The Seven Year Itch; and images of her and husband Arthur Miller after the premiere of Some Like It Hot in 1959.

In all, the Frieda Hull collection includes 550 colour and black & white candid photographs, more than 150 slides, close to 750 movie stills, publicity photos and lobby cards, and even personal home movies of Monroe leaving her New York apartment in 1958.

Aside for the photographic archive, Hull’s personal collection also includes memorabilia such as locks of Monroe’s hair, a scarf gifted by Monroe herself, Hull’s original ticket and program to the 1962 JFK Madison Square Garden gala, and a Gladstone Hotel menu autographed by Monroe and Miller.”

Just four years younger than Monroe, Frieda Hull died in Las Vegas in 2014, aged 83. You can read her obituary here. And for an exclusive sneak preview of the Frieda Hull collection, visit Scott Fortner’s blog here.

“It was an absolute thrill to work with Julien’s on the Frieda Hull Collection.  I was repeatedly delighted and dumbstruck over the photos in this archive, many of which I’d never seen.  Fans will be overjoyed and amazed with these new unpublished images of Marilyn.  Below are some shots from my study as part of my sorting process, which was no small task considering the sheer volume of photos.  All totaled, an unprecedented 142 lots of photos will be offered in the auction, the majority of which were taken by members of the Monroe Six.”

South Londoners, mark up your calendars: Some Like it Hot gets an outdoor screening at Pop Brixton next Thursday, July 21 from 6:30 – 11 pm.  Tickets start at £20. There will also be live jazz from the Christian Miller Trio, free popcorn and a bar (your first drink is free.)

I Wanna Be Loved,  a 12-track vinyl selection of Marilyn’s finest recordings, is now available from French label Le Chant Du Monde via Amazon and other music stores. And for bargain hunters, a 55-track CD boxset has also been released, with a 30-page, fully illustrated booklet (the text is in French, of course.)

‘Marilyn at 90: A Tribute to David Bromley’ features a number of paintings by the Australian artist, and is currently running at the Andrew Weiss Gallery in Los Angeles alongside another Bromley exhibition, ‘L.A. Women’, until September 1.

Steve Rowland was a movie actor in the 1950s, later becoming a record producer in London. His 2008 memoir, Hollywood Heat, is now available via Kindle. This weekend, Britain’s Express published a series of extracts detailing his encounters with stars including Marilyn.

Rowland describes meeting her by chance at a doctor’s office in Los Angeles in 1957. However, she spent that year in New York. The movie he was preparing for was Gun Glory, released in July. It’s possible, then, that he  may actually have met Marilyn during the spring of 1956, when she was in L.A. to film Bus Stop.

“In 1957, I came down with a very bad case of the flu. Our family doctor, Dr. Motchan, being the friend of our family that he was, told me to come to the office before it opened. He knew that I was needed in wardrobe at MGM and that I was to start a film in Garberville CA in ten days.

This was an important break for me as it was a feature role in a western with Stewart Granger and Rhonda Fleming. When I entered the office I noticed a very bedraggled yet sexy woman sitting in one of the waiting room chairs.

My throat felt like it had a hundred rusty nails in it and my nose was plugged up as if I was at the bottom of a well. Nevertheless, I couldn’t help but check out the sexy lady sitting opposite me. She was overly nice to me, offered me Kleenex and sympathy, and we started talking.

After a couple of minutes we seemed to bond. There was something very familiar about her, I couldn’t put my finger on it, but I found her interesting. About that time, the doctor called me into his office for a shot of penicillin.

As I lowered my Levi’s and bent over to receive the shot, I asked the doctor ‘who was that chick in the waiting room? I asked her to join me for a cup of coffee after I leave here.’

The doctor started laughing and said ‘Steve, don’t you know who that is? That’s Marilyn Monroe!’

I almost had a heart attack, quickly pulled up my pants, rushed out into the waiting room – but Marilyn was gone with the wind.”

‘Marilyn Monroe: Kissing an Icon’, a new exhibition focusing on her enduring popularity within the LGBT community, is now on display until August 7 at the Stonewall National Museum & Archives in Fort Lauderdale, as Johnny Diaz reports for SouthFlorida.com.

‘When Marilyn Monroe died in 1962 I was 14 years old,’ Witkowski said. ‘Marilyn Monroe was a woman who had ultimate sex appeal. I really did not know what sex appeal was at that age, but I felt it as a young teenage boy coming-of-age.’

According to the exhibit, Monroe was ahead of her time on LGBT issues, and many gay men related to her struggles with insecurity and finding acceptance.

‘I really think it’s because she was vulnerable and talked about her life. She talked about how she struggled and that made her different. Gay people felt different and misunderstood,’ said Ross, chief curator at Stonewall. He remembers, as a teenager in Pennsylvania, when news of her death broke over the radio.

The exhibit marks a departure for the gallery, which has generally focused on people who are LGBT. 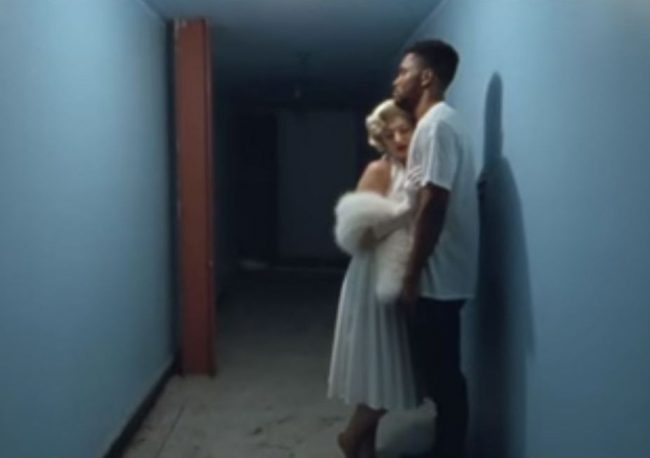 As I have often observed on this blog, plays about Marilyn are becoming a staple of fringe drama. Few have managed to rise from obscurity, but MARILYN! – a new musical previewing for one night only at the Alex Theatre in Glendale, California on July 29 – has impressive credentials, as Broadway World reports.

Audience members will be treated to an exclusive collection of Monroe’s artifacts from Schreiner’s personal collection at a pre-show reception. But the highlight of the evening is the world premiere of the full length musical MARILYN!, which chronicles the star’s childhood and tumultuous path to stardom with stirring and emotional songs …

Prospect House Entertainment is also pleased to announce a collaboration with Hollygrove, formerly Los Angeles Orphan Home, where Marilyn Monroe stayed as a child. Hollygrove will receive a percentage of the event’s proceeds in perpetuity. MARILYN! additionally holds the distinction of being produced with the blessing of the Marilyn Monroe Estate.

MARILYN! Is set in the present day – Michelle is a young journalist from England researching Marilyn Monroe to commemorate the actress’ 90th birthday. She visits Charlie Page, one of Marilyn’s drivers, who is now living a life of solitude. Two stories emerge as Charlie bonds with Michelle he recalls Marilyn Monroe’s phenomenal life in flashback and reveals the real reason behind his living as a recluse for over forty years…

Milton Greene’s iconic photos of Marilyn are the subject of a new exhibition at the Morrison Hotel Gallery, located in the foyer of the Sunset Marquis Hotel in West Hollywood. The opening party on July 15 will be hosted by Diahann Carroll, and you can read more about her memories of Marilyn here.