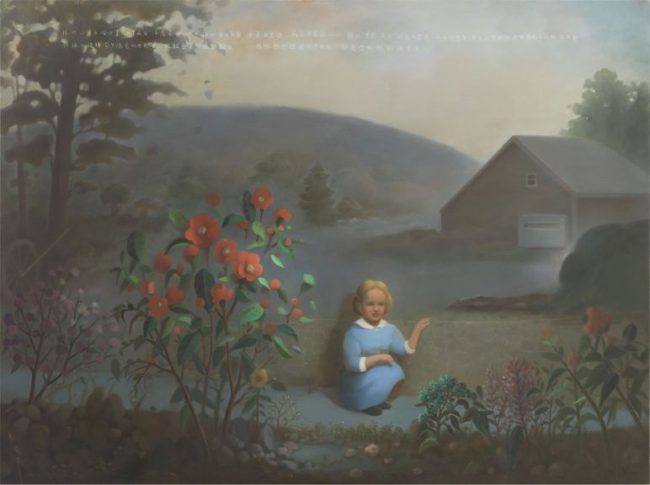 “Whereas previous artists have focused on Monroe as an image or icon of a certain era of Hollywood glamour, Chen’s paintings focus on Monroe as person, a woman with hopes, history, and dreams.

For example, in ‘1932 Los Angeles 6 Years Old,’ 2016, Chen shows a young Monroe in the flower garden of a house straight out of an early 20th century American landscape painting. The image is put into question, however, by Monroe’s shadow, which seems to suggest she is posing against a backdrop rather than a real landscape, and by the fact the image is totally removed from the reality of 1930s America, with young Monroe’s blonde hair and clean blue dress at odds with our images of the Great Depression. 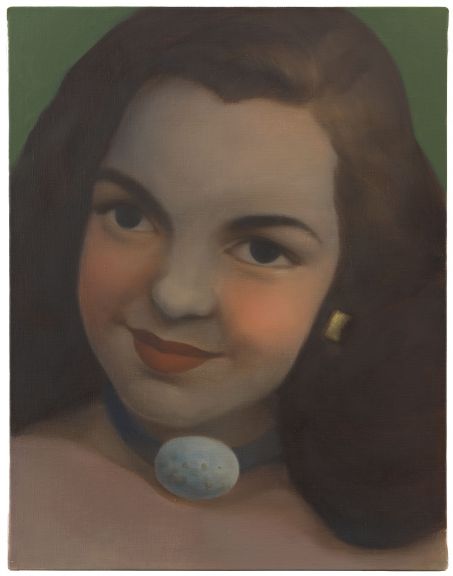 Chen’s idea to paint Monroe’s dreams and real life came from the Chinese character translation of ‘Monroe’, which literally means ‘dream of dew.’ As the artist puts it in a statement, ‘Dream refers to Marilyn’s dreams, also the American Dream, the Hollywood Dream…the large paintings represent dreams of Marilyn’s childhood, youth, adulthood and an imaginary old age,’ while ‘dew is the real, as opposed to dreams.'”

And finally, here’s part of a personal statement from the artist, Chen Ke:

“A Marilyn Monroe in her teens catches my eyes right away. Innocent and alive, slightly withdrawn and shy, with brightness and darkness like shadows in the sun, the girl was none of the sexy icon she would later be…

In Marilyn’s case, the success of dream pursuit and its attendant life force in the end, are no match for the dark influences planted deep in her unfortunate childhood, making her sad ending a kind of fatalism. In watching her strivings all along, we as knowing viewers can’t help feeling tragic for her, just as we would for Sisyphus who endlessly pushes the rock to the mountain top.”