In February 1956, Ed Pfizenmaier assisted Cecil Beaton as he photographed Marilyn at New York’s Ambassador Hotel – and took several memorable shots himself. Pfizenmaier, who has also photographed Katharine Hepburn, Andy Warhol and Salvador Dali, had originally hoped to become an artist, but after working as an army photographer during World War II, he decided to set up his own studio in Manhattan. Now living in New Jersey, Pfizenmaier told the West Milford Messenger that Marilyn ‘was no dumb blonde. She knew exactly what she wanted.’ 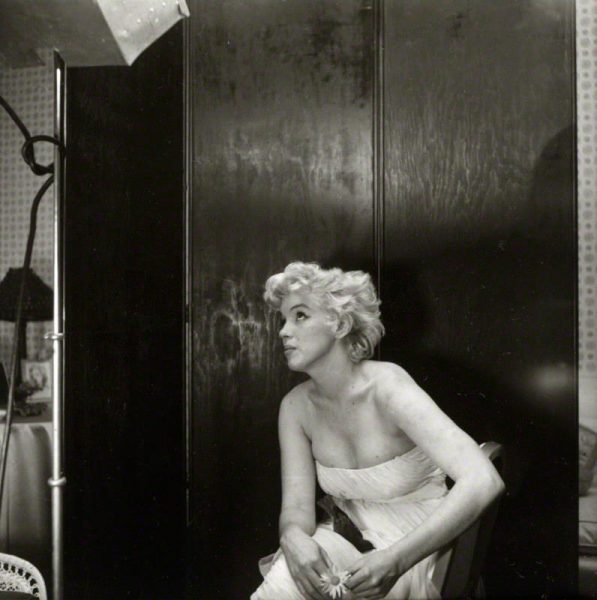 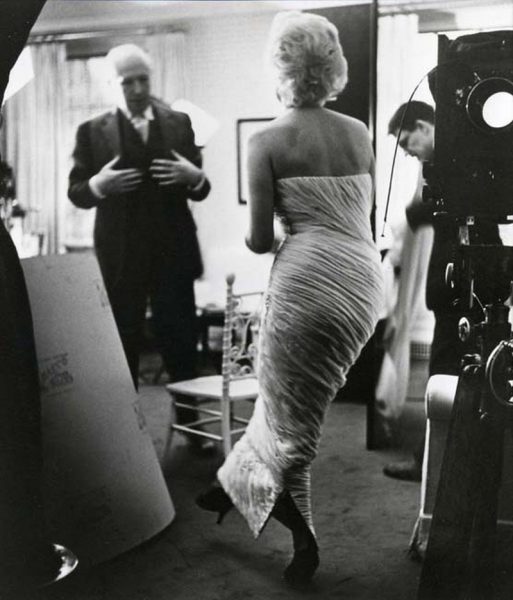 In 2004, Pfizenmaier was interviewed by Mike Evans, author of The Marilyn Handbook. Here follows a full transcript, courtesy of Alessia at Everlasting Star. 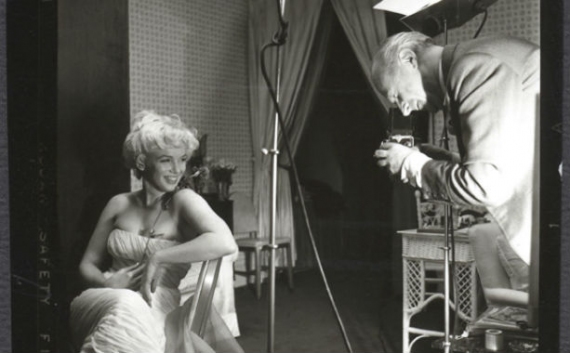 Early in 1956, the distinguished British society and celebrity photographer, Cecil Beaton, photographed Marilyn in a single session at the Ambassador Hotel in New York. He had a suite there at the time, which he had redecorated himself in what he described as a ‘Japanese Nouveau art manner.’ He had just started doing work for Harper’s Bazaar, and the Marilyn shoot was one of a series that took place in the Hotel on Park Avenue featuring various celebrities who also included Joan Crawford and Maria Callas.
Unlike many photographers today, Beaton used just one assistant, and on his visits to New York this was usually Ed Pfizenmaier, who worked regularly as assistant to the fashion photographer, Horst.

It was called ‘the King photographing the Queen’, or that’s the way it was focused on at the time. Whenever Beaton came to New York, which was periodically, I’d work with him, we’d work out of that site all the time because that’s where he stayed. Cecil decorated the interior, remember he had many attributes, he was a painter, a photographer, an illustrator, set designer, interior designer.

Anyway, suddenly Marilyn shows up with a simple black dress and a white puffy evening type thing, and that was it…and we got to work immediately. And would you believe, she even did her own make-up which most people, they can’t believe it nowadays…but remember we’re talking 50 years ago and things have changed radically. But she came just by herself, with these 2 little dresses and…it was as simple as that.

Contrary to what everyone says that she was difficult and hard to work with, I found her just a delight to work with, not difficult at all – I don’t know where people come from – we just had a magnificent time. You have to attribute it to Beaton because he was the master, but she loved to be photographed…you could feel it, you could see it with her.

And she was smart enough to know about the value of publicity, and what it means, and to be photographed by Beaton especially, was basically what it was all about.

I loved her sexuality, the glamour of it all, it was just fabulous. I thought Beaton’s English with mesmerized her totally…and she was just like a purring she-lion under those lights. In those days we had tungsten lights…today it’s all popping strobes and everything, but in those days we had 10, 000 watt bulbs, shining off the ceiling, which made a big difference to what it’s like today. 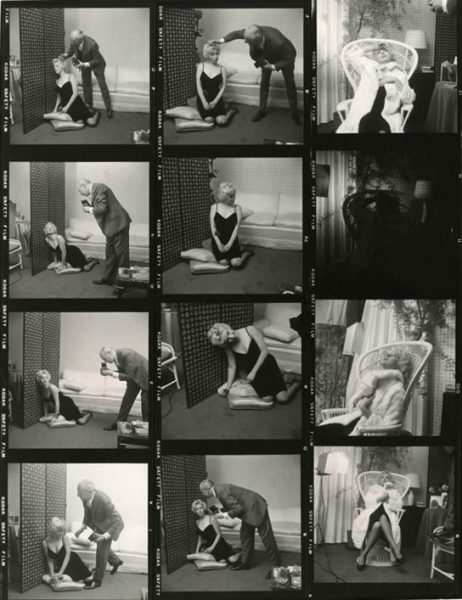 Beaton later described the session in his memoirs:
‘She romps, she squeals with delight, she leaps on the sofa. She puts a flower stem in her mouth, puffing on a daisy as thought it were a cigarette. It is an artless, impromptu, high-spirited performance. It will probably end in tears.’

The description ‘artless’ could be taken as meaning unpretentious, without airs or graces.

I couldn’t agree more. I don’t know if it was one of her better days, or a good day or what, you know you hear so many bad reports, the sensationalism, but I certainly didn’t experience any of that. And I think the photographs, Beaton’s photographs, show it, that’s the proof of the pudding. When you look at them, everyone remarks she looks so happy, gay, healthy, and everything…I think that is what Beaton brought out of her. She was totally relaxed all the time.”

On what would be Marilyn’s 89th birthday, I am sharing a poem by her dear friend, Carl Sandburg.

DO you know how the dream looms? how if summer misses one of us the two of us miss summer-
Summer when the lungs of the earth take a long breath for the change to low contralto singing mornings when the green corn leaves first break through the black loam-
And another long breath for the silver soprano melody of the moon songs in the light nights when the earth is lighter than a feather, the iron mountains lighter than a goose down-
So I shall look for you in the light nights then, in the laughter of slats of silver under a hill hickory.
In the listening tops of the hickories, in the wind motions of the hickory shingle leaves, in the imitations of slow sea water on the shingle silver in the wind-
I shall look for you.