Marilyn’s friendship with photographer Sam Shaw is featured in a new book, The Who, the What and the When: 65 Artists Illustrate the Sidekicks of History, with text by Shaw’s granddaughter, Melissa Stevens, and an illustration by Julianna Brion. 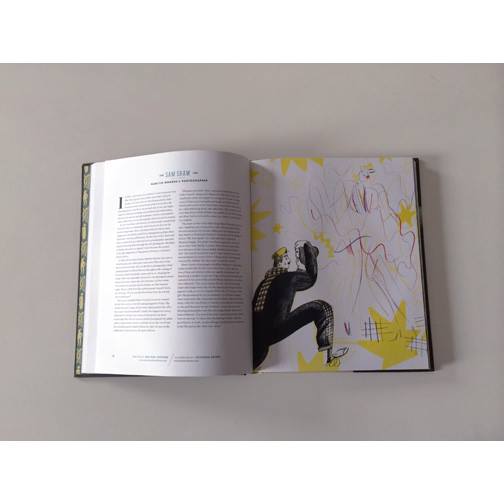 Marilyn’s partnership with Jane Russell in Gentlemen Prefer Blondes (1953) features in Jose Gallegos’s list of the 25 Best Female Duos today, over at Taste of Film.

“Lorelei (Marilyn Monroe) and Dorothy (Jane Russell) are two singers who meet gentlemen admirers along their way to Paris. The iconic pairing of Monroe and Russell became an instant classic, as the women sing to a room full of shirtless gymnasts and later boast that ‘Diamonds Are a Girl’s Best Friend.’ Yet beneath their homosocial friendship is a subtext of homosexual desire (many queer theorists and viewers like to believe that Dorothy is Lorelei’s protective butch admirer).”

One of Marilyn’s less celebrated movies, There’s No Business Like Show Business (1954), will be screened at the Landmark Regent, Los Angeles, next Tuesday (December 9) at 7pm – with a special appearance by its last surviving star, Mitzi Gaynor, who has often spoken warmly of Marilyn. Though it’s rather long, and Marilyn’s role is limited, her performances of Irving Berlin’s songs are spectacular – and it’s a festive treat for all fans of old-fashioned Hollywood musicals.

A signed photo sent by child star Shirley Temple to a young Warhol, thought to have inspired his iconic screenprints of Marilyn, is featured in Love is Enough, a new exhibition at Oxford Modern Art, reports the Sunday Times (full article behind paywall.)

Eric Shiner, director of the Andy Warhol Museum in his hometown of Pittsburgh, describes the photo as the ‘Rosetta Stone’ of Warhol paraphernalia.  The colour tinting of the photo may well have influenced his images of Marilyn. 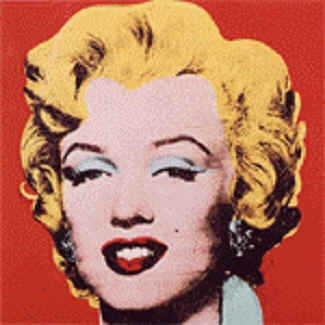 “That’s what he wanted to be,” Geralyn Huxley of the Warhol Museum told the Pittsburgh Tribune after Shirley Temple died earlier this year. “He grew up poor as a child. In the case of Shirley Temple, she was rich, loved, taken care of, plus she was a child like him,” Huxley said. “When her films came out, it was the ultimate escape from the Depression that was going on. (Her movies) were emblematic of the American spirit as she soldiered on through adversity, standing up to authority.”

Warhol named Poor Little Rich Girl, his 1966 film starring Edie Sedgwick, after one of Shirley’s most popular hits. Born just two years before Warhol, Marilyn was also an ardent movie fan during Temple’s Depression era heyday, and would later become another of Twentieth Century Fox’s greatest stars. I’ve explored some of the parallels between MM and Temple here.

Leonid Sokov is a Russian noncomformist artist who lives in New York City. After emigrating in 1980, he was inspired by Pop Art, juxtaposing pin-up images of Marilyn with a very different kind of icon – the ruthless Soviet dictator, Joseph Stalin. They both became known in the early days of the mass media, but the similarities end there.

Marilyn was an icon of popular culture, and while she was in some ways a victim of her own image, she also exuded innocence and joy, paving the way for greater sexual freedom. Whereas Stalin wielded a more threatening power, using his paternalistic image to control the Russian people in increasingly sinister ways. Marilyn suffered at times from depression, while Stalin was thought by some to have experienced a far more severe form of mental illness.

His death, like Marilyn’s, launched a host of conspiracy theories – but while Marilyn’s passing only enhanced her mythical status, Stalin’s ‘cult of personality’ subsequently disintegrated as the full extent of his atrocities was uncovered. In revisiting icons of the past, Sokov was perhaps trying to make sense of the world he was born into.

The screenprint shown above, depicting Marilyn and Stalin sitting down to a hearty Russian dinner, is featured in a new exhibition, This Leads to Fire, at the Neuberger Institute, reports the New York Times. Another of Sokov’s works, featuring Stalin and Marilyn in profile, is featured in Post Pop: East Meets West, at London’s Saatchi Gallery. 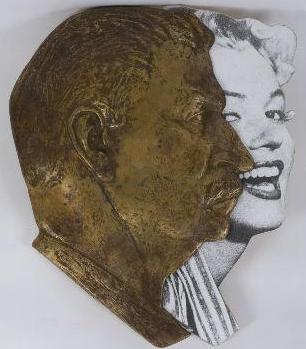 Some more of Sokov’s images are shown below. After viewing his work, I was reminded of this ironic exchange from The Seven Year Itch:

“The Girl: Didn’t you just love the picture? I did. But I just felt so sorry for the creature at the end.

Sherman: Sorry for the creature? What did you want? Him to marry the girl?

The Girl: He was kinda scary-looking, but he wasn’t really all bad. I think he just craved a little affection – you know, a sense of being loved and needed and wanted.

A selection of Bill Ray‘s photographs for Life magazine, taken during the 1950s and ’60s – including his rear-view shot of Marilyn singing ‘Happy Birthday Mr. President’ at Madison Square Garden – are currently on display at the Monroe Gallery of Photography in Santa Fe, New Mexico.

Now 78, Ray has been interviewed by Pasiatempo, explaining how he got his start in photography, joining Life in 1957 and following in the footsteps of his idol, Alfred Eisenstadt. Among Ray’s many famous subjects were Elvis Presley, the Kennedys, Ella Fitzgerald, Frank Sinatra, Frank Lloyd-Wright, and Andy Warhol. 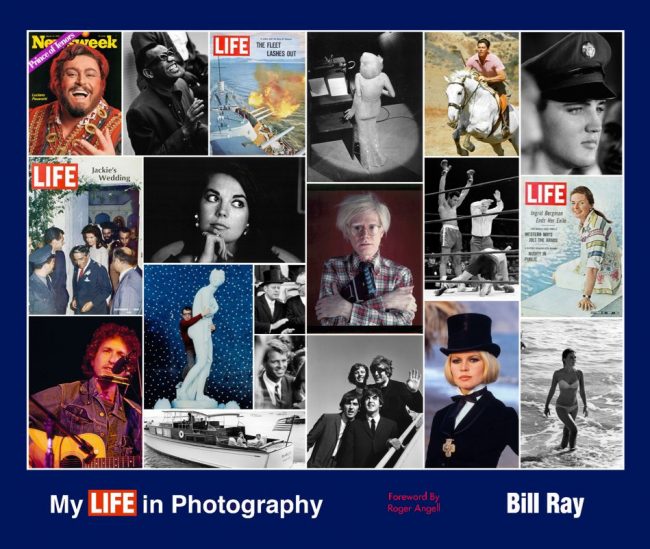 After Life ceased publication, he freelanced for Newsweek, Archaeology,Smithsonian, and Fortune, and developed a portrait specialty. “One thing I’m still good at is people,” said Ray, whose recent work includes an official portrait of “a retiring big-time minister at St. Bart’s here in New York. His predecessors had all been painted in oil, and he wanted a photograph instead.”

“‘It had been a noisy night, a very ‘rah rah rah’ kind of atmosphere,’ he told LIFE.com of Kennedy’s birthday gala. ‘Then boom, on comes this spotlight. There was no sound. No sound at all. It was like we were in outer space.” Marilyn was onstage, taking off a white fur to reveal her ‘nude’ sequinned dress underneath. “It was skin-colored, and it was skin-tight,” Ray recalled. “It was sewn on, covered with brilliant crystals. There was this long, long pause … and finally, she comes out with this unbelievably breathy, ‘Happy biiiiirthday to youuuu,’ and everybody just went into a swoon. I was praying [that I could get the shot] because I had to guess at the exposure. It was a very long lens, and I had no tripod, so I had to rest the lens itself on the railing, and tried very, very hard not to breathe.”