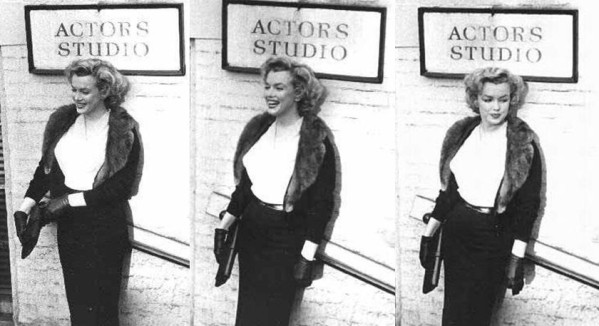 Accompanying the ‘Birth of the Method‘ season at London’s BFI – including a screening of Bus Stop in November – the current issue of UK magazine Sight and Sound features an in-depth article about Hollywood’s Method pioneers. If you want to buy a copy, hurry – the next issue will be out in a few days. (A shorter version of the article is available here.)

“But the example of the Method, and the lure of the Actors Studio as a place where actors could go for help, could also have a positive effect on outside actors, as in the example of Marilyn Monroe. Groomed for stardom and inevitably typecast by her studio, Monroe was drawn by the promise of the ‘new’ style of actor training offered at the Actors Studio. Perhaps too eagerly, Strasberg became both surrogate therapist and parent to the troubled actress, but he did help her to hone the talent amply displayed in her early work – her psychotic babysitter in Don’t Bother to Knock (1952), her smouldering wife in Niagara (1953.) When she had a good part, as in Bus Stop (1956), playing a no-talent chanteuse longing for love and self-respect, she was deeper and more self-revealing than she had been before.”