Actor Cameron Mitchell (1921-1994), who played Tom Brookman in How to Marry a Millionaire, will be honoured in Glen Rock, Pennsylvania, beginning with a screening of the 1953 comedy on September 27 at the Zion Church, Glen Rock, reports YDR.com. The event will be sponsored by the Glen Rock Historic Preservation Society, with proceeds earmarked for the Cameron Mitchell Scholarship Fund.

Mitchell was born in Pennsylvania. He served as a bombardier during World War II, and was a founding member of the Actor’s Studio. In 1949, he appeared as Happy Loman in the Broadway production of Arthur Miller’s Death of a Salesman. 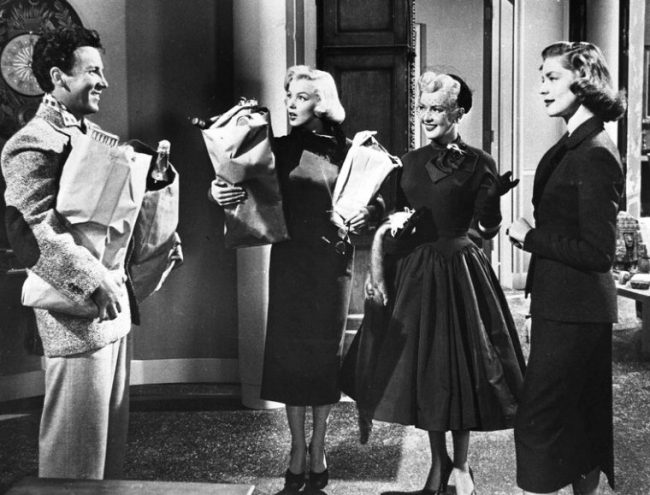 According to The Unabridged Marilyn, Mitchell was heading to the Fox Commissary with Marilyn when they met Miller, and salesman director Elia Kazan, in December 1950. (However, most accounts place Marilyn’s first meeting with Miller slightly later, in early 1951, on the set of As Young As You Feel – her first role under a new studio contract. Her agent and boyfriend, Johnny Hyde, had died in December, and as Miller and Kazan have both recalled, Marilyn was still grieving.)

‘As you know her, you find out she’s no goddamn gold-plated birdbrain. She’s a serious dame,’ Mitchell said of Marilyn. ‘At the time I first met her, she was on a big psychiatry kick. She was studying Freud, Menninger, that kind of thing.’