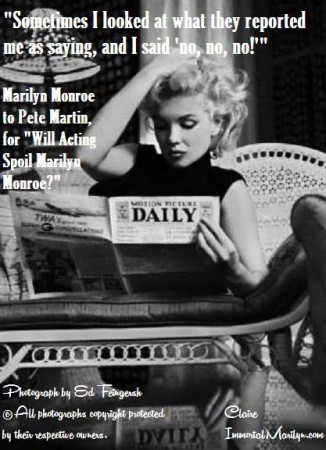 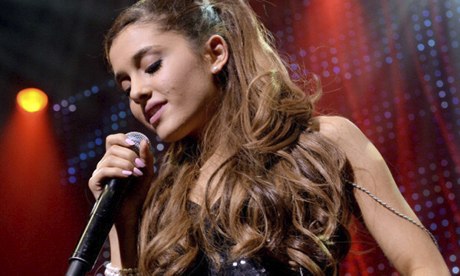 Director Jack Garfein – perhaps best-known for his 1961 movie, Something Wild – is now one of the world’s most respected teachers of Method acting. He shared his memories with Marilyn in a video interview with Sunset Gun blogger Kim Morgan (a dedicated Monroe fan, who also celebrated her birthday yesterday.) 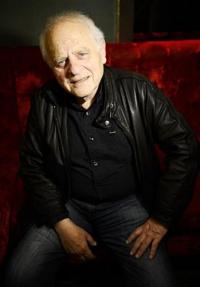 “Jack met Marilyn when she was in New York City during the time she was  studying with Lee Strasberg at the Actors Studio. He saw her walk into a party. Everyone saw her walk into that party. Elia Kazan introduced them. (Jack would later work with Marilyn’s ex husband, Arthur Miller, producing two of his plays, The Price and The American Clock.)  Deeply attracted, he also deeply respected her — her acting talent and potential, her power in front of the camera and just her beguiling way. A friendship developed.

Nothing happened between them (Jack was married to actress Carroll Baker at the time) but he was clearly smitten and still is. To him, Marilyn was a good person, a woman who took her craft seriously and a woman who thought her sexuality was often funny, and certainly nothing to be ashamed of. After Telluride, Jack spent some time in Los Angeles and we discussed many things — his career, his life, his art (and art and life), people… And then he told me this story about Marilyn. I love this story. Happy Birthday, Marilyn.”

You can listen to Jack’s memories of Marilyn here.

On the 88th anniversary of the birth of Marilyn, The Playlist selected five of her greatest movie performances yesterday (in Niagara, The Seven Year Itch, The Prince and the Showgirl, Some Like it Hot and The Misfits.) While I don’t agree with all of their comments, it’s great to see Monroe’s cinematic legacy getting proper attention.

Some of MM’s other roles were also given honourable mention, although Clash by Night and Don’t Bother to Knock have been omitted.

“But it’s easy to overlook her screen achievements with the legend, and the woman born Norma Jeane Baker in Los Angeles in 1926 was a star for a reason. Despite being slighted as a weak actress by some, she was an accomplished comic talent, and capable of far more when she was allowed.

Of those early supporting turns, it’s The Asphalt Jungle and All About Eve that make the most impact, the former as Louis Calhern’s beguiling mistress in John Huston’s excellent noir, the latter as an aspiring actress, a graduate of ‘The Copacabana School of Dramatic Art.’ Her supporting performance in Howard Hawks’ Monkey Business, with Cary Grant and Ginger Rogers, released just before she became a star, is also worth checking out.

She reteamed with Hawks, joined by Jane Russell, to far greater effect on Gentlemen Prefer Blondes, arguably the film that cemented her stardom, even if the film doesn’t hold a candle to Some Like It Hot, something doubly true of the same year’s How To Marry A Millionaire, although the central trio of Monroe, Betty Grable and Lauren Bacall is undeniable. Finally, she was nominated for a Golden Globe for Bus Stop, as a small-town singer who’s borderline-stalked by a rodeo rider. The film is a somewhat uncomfortable watch, but it’s a good showcase of Monroe’s range.”

A birthday bouquet of peony roses from members of Immortal Marilyn was delivered to Westwood Memorial Park in Los Angeles yesterday. As always, any profits will be donated to the Animal Haven charity.

Birthday greetings for Marilyn rang out across the internet yesterday, with posts from the British Film Institute, Turner Classic Movies, author Christa Faust and L.A. Woman Tours. (The graphic posted above is from the Elsie Marina fansite.) 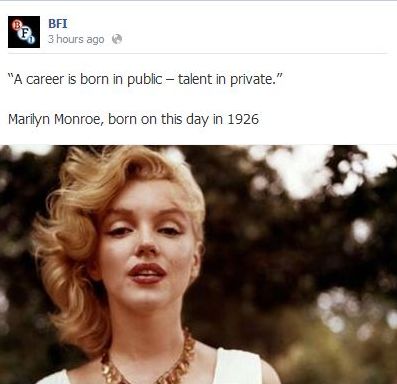 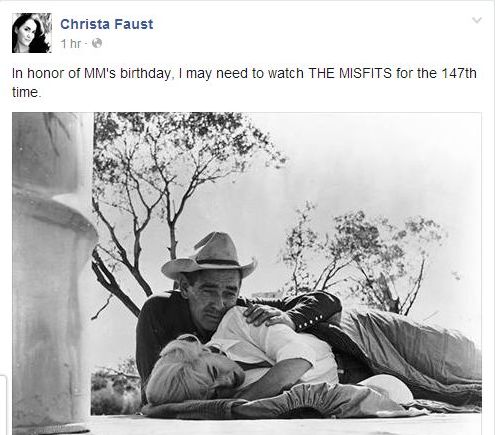 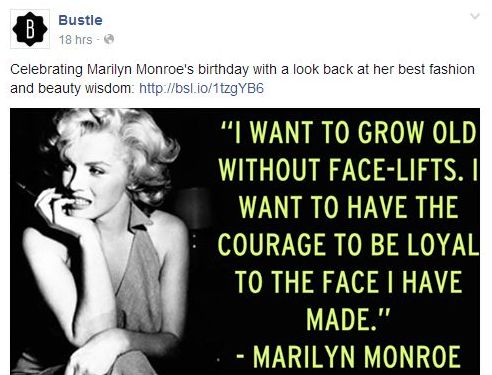 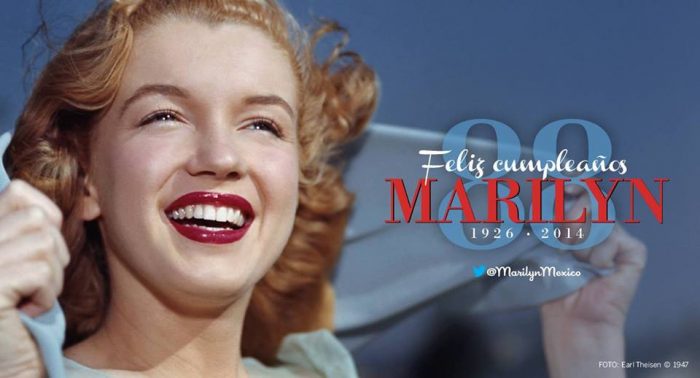 Marilyn Monroe was born on this day, 88 years ago…

“I like celebrating birthdays. I enjoy knowing that I’m alive. And you can underline alive.” – Marilyn to reporter Bob Thomas, 1962