London street artist Pegasus – who has created several tributes to Marilyn – pays homage to Australian singer Kylie Minogue in a new Chelsea artwork. There’s more than a hint of MM, too – Kylie is wearing Marilyn’s ‘Blue Dragon’ costume, from that famous scene in Bus Stop (1956.) In her unforgettable role as beleaguered nightclub ‘chantoosie’ Cherie, Monroe sang ‘That Old Black Magic’ to an audience of rambunctious cowboys. 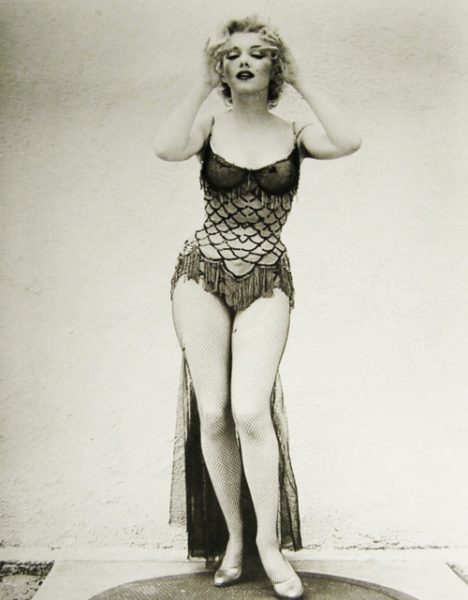 Kylie is a well-known Monroe fan, having performed ‘Diamonds Are a Girl’s Best Friend’ in the past. And this isn’t the first time Pegasus has merged two icons, either – he once recreated Betty Grable’s most famous pin-up pose, using the face of Queen Elizabeth II. 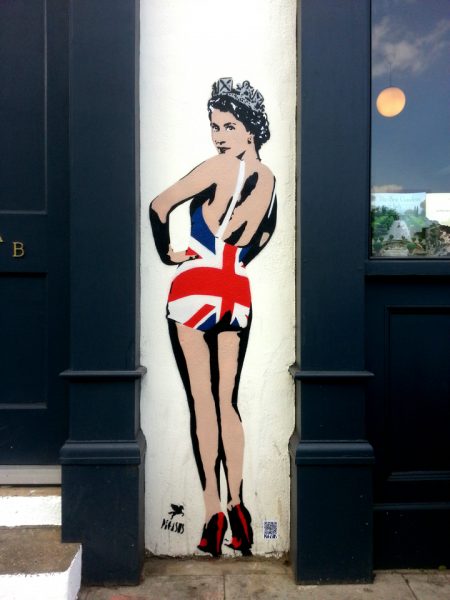