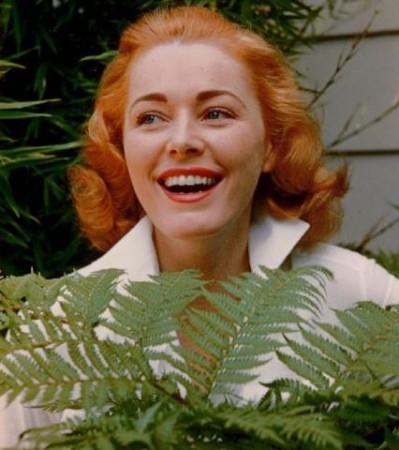 Actress Eleanor Parker – perhaps best-known for her role as the scheming baroness in the 1965 musical, The Sound of Music – has died aged 91.

Born in Ohio, Eleanor Jean Parker made her screen debut at 18, in They Died With Their Boots On (1941.) However, her scenes were cut. Signed to Warner Brothers, she played Mildred Rogers in Of Human Bondage (1946); and starred in the 1948 adaptation of Wilkie Collins’ mystery novel, The Woman in White.

In 1950, Parker was nominated for an Oscar for her role as a teenage convict in Caged. She was nominated again in 1951, for another Noir role, in Detective Story. Her third nomination was for Interrupted Melody (1955), a biopic in which she played Marjorie Lawrence, an Australian opera singer stricken with polio. She also starred alongside Frank Sinatra in The Man With the Golden Arm (1956), a harrowing look at heroin addiction; and in another Maugham story, The Seventh Sin (a 1957 remake of Garbo’s The Painted Veil.)

Parker had three children, and found lasting happiness with her fourth husband, Raymond N. Hirsch, whom she married in 1966. Her last screen role was in 1991. An unusually versatile actress, Parker was known as the ‘woman of a thousand faces’.

What movie fans may not know is that Eleanor Parker was also a friend of Marilyn Monroe. They met during the late 1940s, when they were both living at the Hollywood Studio Club, a hostel for aspiring actresses – as Marilyn later revealed in ‘I Want Women to Like Me!’, a signed-by (or approved) article, published in Photoplay magazine’s November 1952 issue. 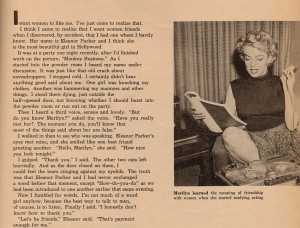 You can read the article in full at Everlasting Star