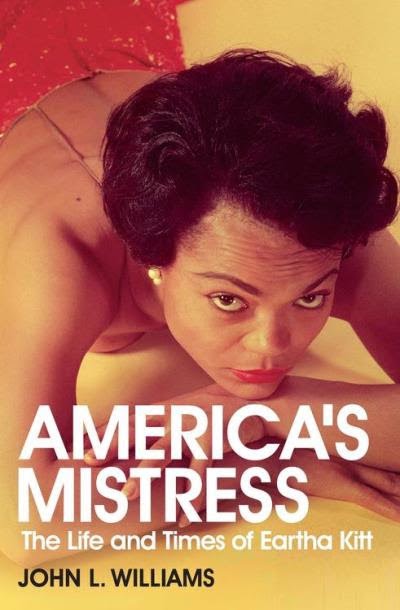 I’ve just finished reading America’s Mistress: The Life and Times of Eartha Kitt, a fascinating new biography by  John L. Williams. In the blurb, MM is mentioned as a friend of Eartha’s. But other than a charming photo of Eartha talking with Marilyn and Arthur Miller at a Milk Fund dinner in 1957, there is no real proof in the book that they were ever close. (Certainly they had a lot in common – both came from troubled backgrounds, and were determined to make up for their lack of education. Eartha even met Marilyn’s hero, Albert Einstein.) 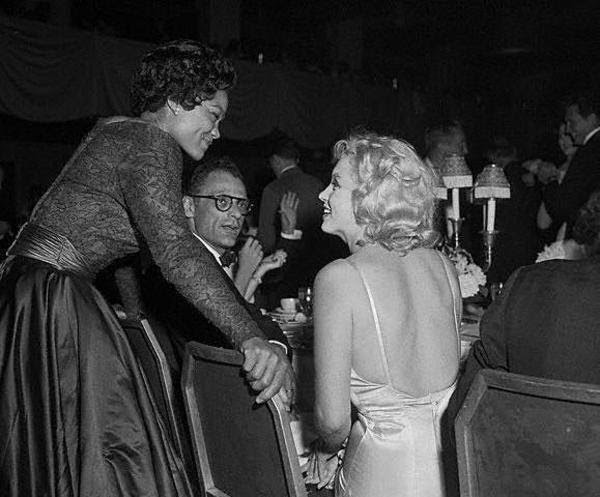 However, Williams does add some new detail to the fabled story of Marilyn securing a residency for Ella Fitzgerald at the Mocambo Club in 1954.

“[Eartha] showed up at the Mocambo one night to support…Ella Fitzgerald, who was making her debut at the club. This was quite a big deal as Ella was emphatically a jazz singer, rather than a cabaret star, and the Mocambo didn’t generally do jazz. Marilyn Monroe had lobbied hard to persuade [owner] Charlie Morrison to make the booking. At the end of the show, however, it was not Marilyn herself but Eartha who came out on stage and handed Ella a dozen red roses.”

I can imagine that the self-effacing Marilyn would have been reluctant to take credit for Ella’s success. It has been often assumed that Ella wasn’t booked initially because of a colour bar. In a footnote, Williams is sceptical:

“Some readers may be aware of…the notion that the Mocambo was a segregated club until…MM persuaded the Mocambo to book Ella Fitzgerald. This is clearly nonsense. Charlie Morrison, the owner, had long been booking black entertainers. He may well have been wary, however, of booking an out-and-out jazz singer like Ella.”

Michelle Morgan, author of MM: Private and Undisclosed, has also stated that the Mocambo was not a segregated club.

“A variety of black entertainers had been booked there long before Ella, including Dorothy Dandridge in 1951 and Eartha Kitt in 1953. The truth is that while Charlie Morrison encouraged and applauded performers of all races in his club, he didn’t see Ella Fitzgerald as being glamorous enough to bring in the crowds. It would take Marilyn to change his mind, and once Ella had her foot in the door she successfully played at the Mocambo on a variety of occasions.”

Whether or not race was a factor, the incident is a wonderful example of Marilyn’s generous nature. Her warm friendships with Dandridge, Phil Moore and Sammy Davis Jr also show that Marilyn was well ahead of the times in her attitudes towards race. 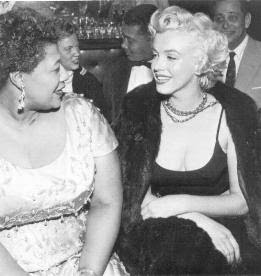 Perhaps the last word should go to Ella herself, quoted by feminist writer Gloria Steinem for a profile of Marilyn in Ms magazine in 1972:

“I owe Marilyn Monroe a real debt…it was because of her that I played the Mocambo, a very popular nightclub in the ’50s. She personally called the owner of the Mocambo, and told him she wanted me booked immediately, and if he would do it, she would take a front table every night. She told him – and it was true, due to Marilyn’s superstar status – that the press would go wild. The owner said yes, and Marilyn was there, front table, every night. The press went overboard. After that, I never had to play a small jazz club again. She was an unusual woman – a little ahead of her times. And she didn’t know it.”