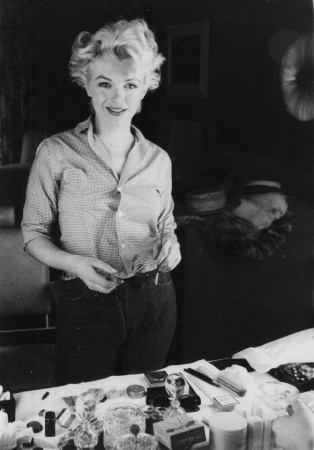 Thousands of photos taken by the late, great Milton H. Greene – including rare pictures of Marilyn – have surfaced in Poland, reports the San Francisco Chronicle.

“The photos ended up in Poland’s possession as the result of a complex embezzlement scandal that shook the country in the early 1990s. A Chicago businessman accused of cheating Poland out of millions of dollars gave the collection to Poland in partial repayment for the government’s loss.

They have been stored in a New York warehouse for years and only arrived in Warsaw recently.

The Polish official in charge of cleaning up the lingering mess from the corruption affair, Marta Maciazek, said the photographic collection is valued at $680,000. She said some of the photos will go on exhibition soon and then will be put up for sale.”