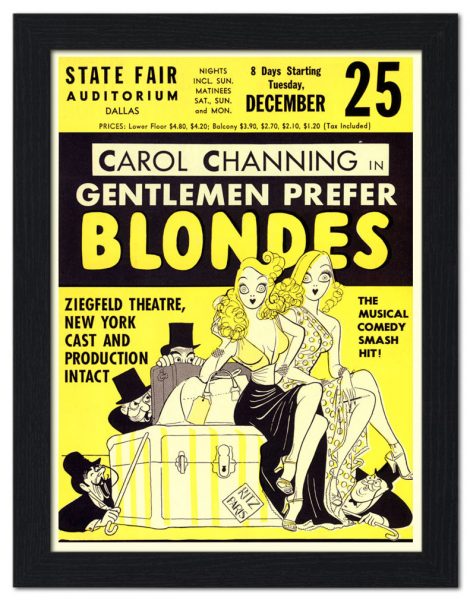 “Miss Channing recalled seeing Miss Monroe for the first time from the stage, ‘second row center,’ sent by the studios to watch Carol in the role she created for the Great White Way as Lorelei Lee in Gentlemen Prefer Blondes. Channing recalled, ‘The audience and the cast found it hard to focus on anything but Marilyn, with the possible exception of our piano player … he only asked if she had a brother.’ When asked about the role that propelled her to international acclaim going to Miss Monroe on film, Carol said ‘She created her own brilliant and unique take on Lorelei, a completely different version of this girl who brought virginity to every man she met.'”