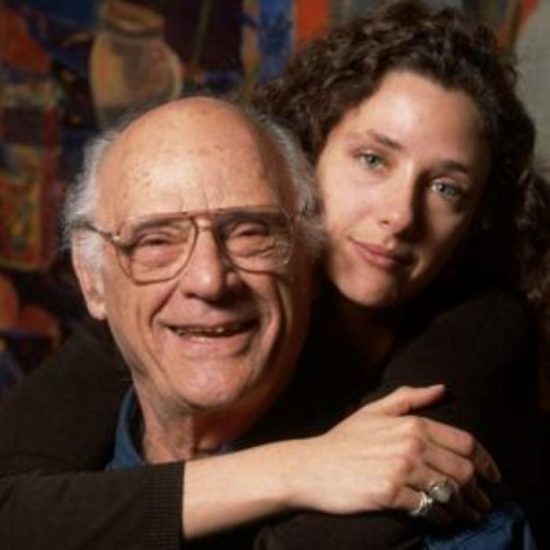 Rebecca Miller, daughter of Arthur, is a writer, director, and actress. She was born a month after Marilyn’s death, to Arthur and his third wife, Inge Morath.

Rebecca spoke to the New York Post recently about the way some of her father’s plays are overshadowed by the memory of Marilyn.

“As for After the Fall and Finishing the Picture — Miller’s two plays about his second wife, Marilyn Monroe — Rebecca remains wary.

‘Anything that’s got the shadow of Marilyn in it — even something that has just a slight taste of her — gets overshadowed by her,’ she says.

Finishing the Picture, Miller’s final play, is about the making of Monroe’s last movie, The Misfits, for which he wrote the screenplay. There has been just one production, at Chicago’s Goodman Theatre in 2004.

It’s a fascinating story with some terrific parts for larger-than-life stage actors. ‘But I’m holding back on it,’ says Rebecca. ‘I’m guarding it. Sometimes it’s good to hold.’

She calls After the Fall, which Miller wrote in 1963, shortly after Monroe died, ‘a wonderful play that unfortunately in his time got completely read as an autobiographical work about her. You can’t pretend she’s not there, but at the same time it is about other things. There are meditations on the Holocaust and how we all have murder inside us.’

Rebecca says she’d like to see a production that ‘skews the play’ away from the Monroe character.

Which probably means a production with a major star in the male lead.

‘If the right person comes along, I’d certainly consider it,’ she says. ‘But nobody’s asking to do it.’

Now that’s a challenge a great actor — Kevin Spacey, perhaps? — should pick up.”