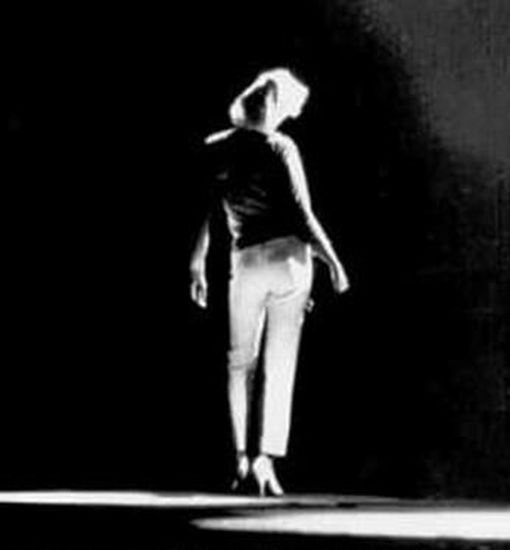 “In a glittering faux-nude dress tighter than her own skin and enveloped in a soft fur wrap, that most desirable of female bodies shuffles with exaggerated mini-steps towards the podium, like a penguin on speed. Her floss hair has long given up any pretence to organic life. She is unwrapped by Lawford and ups the sexual ante with mute lip squirming directed at the microphone, which she holds tenderly like a living member. Everything is comically kitsch yet irresistibly powerful.

‘Happy Birthday to you…’ The little girl’s voice haltingly rings out, quietening the raucous auditorium — a ghostly and troubling echo of a past innocence. The reality is a deadly cocktail of her own desperate desirability and the blood-sucking exploitation of the society that made her. A monstrous tiered cake, flaming with the requisite number of candles like a funeral pyre, is borne in on a stretcher, shoulder-high. Her death was to arrive at the age of 36 in a little over two month’s time.”