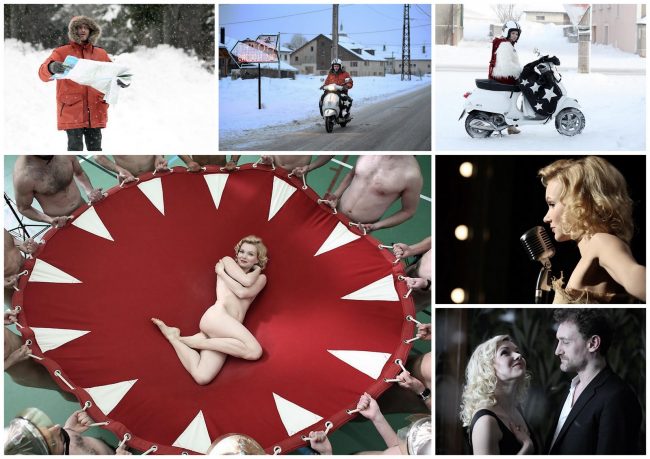 Gérald Hustache-Mathieu, director of Nobody Else But You, spoke to Encore magazine about how Marilyn’s image influenced the movie.

“Where did the idea to take inspiration from Marilyn Monroe come from?
It really wasn’t the intention from the start. The idea was to make a thriller in Mouthe, and to tell the story of an improbable encounter: a detective and a victim, who was already dead.

A surface that you project onto can also metaphorically act as a mirror. What did her image reflect back?
Marilyn epitomises the American Dream, in fact she is the dream. The dream to one day become “somebody”. Yet, she also epitomises the flipside: both the tragedy and the inability to be happy. She was the most famous actress in the world but also “the saddest woman in the world” according to Arthur Miller. She had fame, beauty and men at her feet, but her self-esteem was non-existent. She embodies the subject I wanted to address in my film more than any other person.”