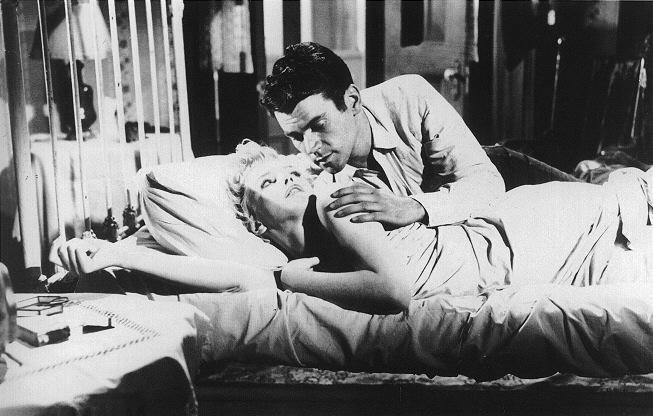 Don Murray – Marilyn’s cowboy love in Bus Stop (1956) spoke about her at the Palm Springs International Film Festival this weekend, where The Prince and the Showgirl was also screened, and Susan Bernard talked about her father’s photos of Monroe.

‘He was filming his first major motion picture and she was “one of the biggest stars in the world.” And yet, he learned quickly that filming revolved precariously around Monroe and her whims…

“Bus Stop” has been called her “best-behaved film.”

“When I heard that I thought, well, God, what was her worst-behaved film?” Murray said.

He told the stories with fondness and also spoke of her talent and sense of humor.’