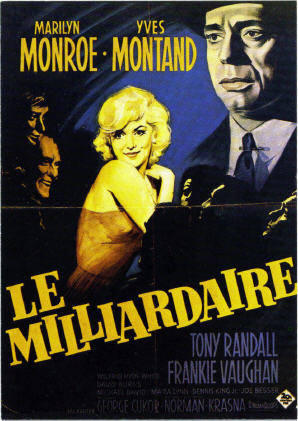 The New York Post reports on 31 Days of Oscar, TCM’s countdown to this year’s Academy Awards by screening a special program of classic movies – including Some Like it Hot (February 1st) and Let’s Make Love, which though not one of Marilyn’s more successful films, earned Oscar nominations for its impressive soundtrack; BAFTA nominations for director George Cukor and Yves Montand; and a Golden Globe nomination for Best Musical/Comedy.