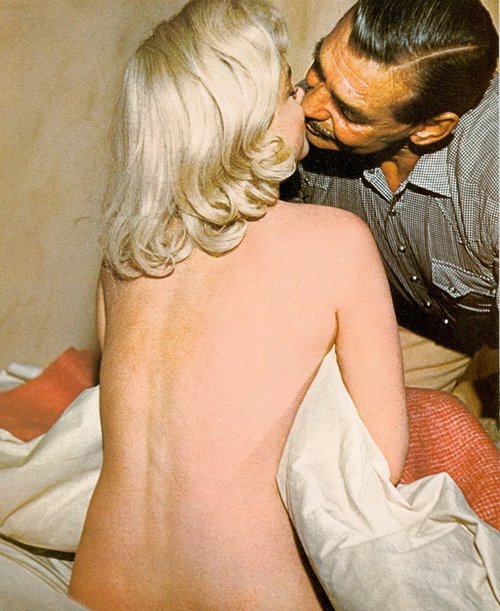 Over at Kitty Packard Pictorial, a late entry in the Late Films Blogathon – The Misfits, the last movie completed by its stars, Clark Gable and Marilyn Monroe. I would argue that it also represents the point where Hollywood myth stepped aside to usher in a ‘new wave’ of American realism.

‘It was no secret that Miller wrote the screenplay for his wife. The role of Roslyn could have been played by anyone, sure, but perhaps no other performance would have been nearly as truthful. In The Misfits, Marilyn is not acting. She is Marilyn– exposed and naked and shivering in the scalding Nevada sun. There is a moment towards the end of the film when Monroe accompanies Gable, Wallach and Clift to go “mustang’n” as they call it (roping up herds of wild mustang), where Marilyn erupts in a way that is, to this day, unsettling. The emotionally fragile Monroe, who has been horrified by the ferocity required in Gable and Wallach’s trade, finally has a meltdown. She is a white dot in the Nevada desert, screaming “MURDERERS” with blood-curdling tremor. Clift, the one emotional connection she has in the film, senses she’s right and, usurping Gable’s leadership, sets them free.’