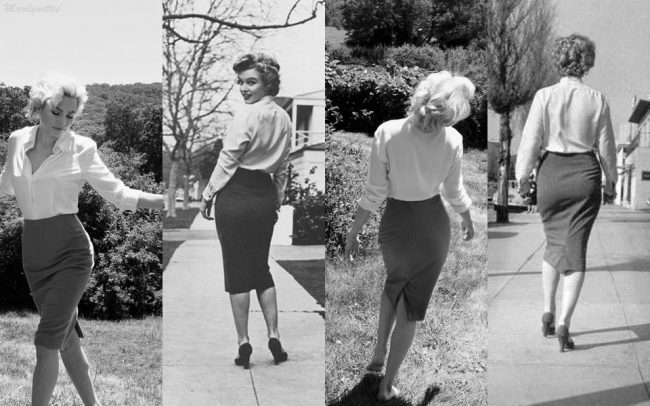 Over at Huffington Post, Emily Brooks offers a feminist critique of My Week With Marilyn:

“It is a shame that Williams’ Monroe appears primarily as a backdrop for this coming of age story. She is more intriguing than Clark’s character, and could have been attributed more depth. Williams’ character articulates her role in the film best when, in response to Clark’s encouragement that she ‘see the sights,’ she responds, ‘I am the sights.’ Marilyn Monroe will never be a feminist icon, yet she was a full person, and an actor in her own story, rather than just scenery in the stories of those around her. A movie that acknowledged this and attempted to explore it, would perhaps be a new Marilyn Monroe movie worth seeing.”

Meanwhile, Queertly editor Oscar Raymundo argues that Lindsay Lohan needs to get over her Marilyn fixation:

“Lindsay, of course, looks full-bodied and beautiful, but overall the pictorial comes off uninspired — a sense that we have all seen it before even for a tribute…If Lindsay wants to be remembered as a sex symbol, she must embrace her own sex appeal and stop trying to recapture Marilyn’s.”