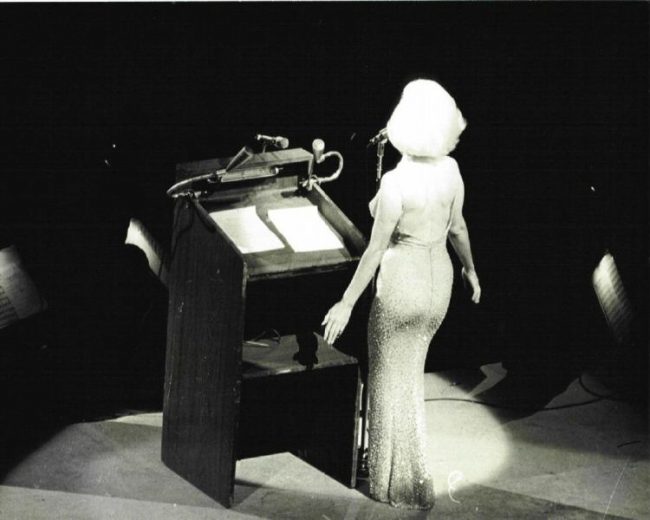 Following Joan Copeland‘s recent – and rather silly – claim that Marilyn’s ‘breathless’ rendition of ‘Happy Birthday Mr President’ was due to her getting lost on the way to the stage, Scott Fortner takes an behind-the-scenes look at the legendary performance, with testimony from Susan Strasberg and Eunice Murray, over at his MM Collection Blog.

“Marilyn was at Madison Square Garden in plenty of time for her performance, and it had been planned all along that she would close the show, and her lateness would be a running joke throughout the program.  Marilyn was not late for her performance, she did not have a problem finding the correct door for the stage, and she was not out of breath when she sang Happy Birthday to President Kennedy.  She was America’s sex symbol, and she delivered the performance that she’d planned and rehearsed.”