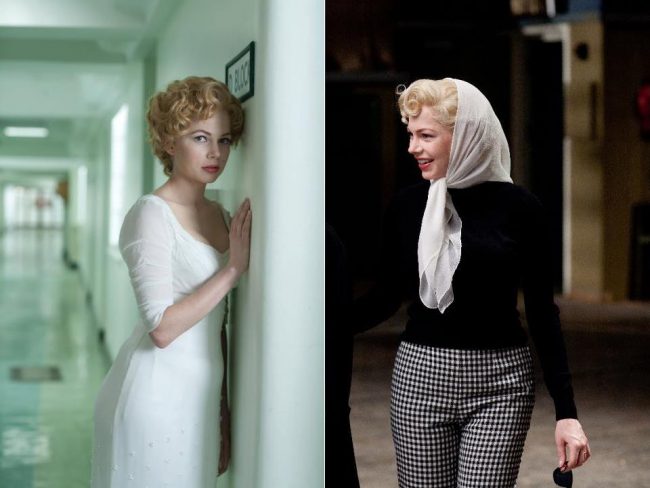 Don Murray, who made his screen debut as Marilyn’s leading man in Bus Stop (1956), presented a Best Actress award to Michelle Williams last night at the Hollywood Film Awards. The honour was for Williams’ work in general, and not for one specific role. However, Murray also praised her performance in My Week With Marilyn:

“She created some moments that were so intimately familiar to me because I spent 14 weeks with Marilyn… I know that Michelle studied everything — read every book she could find — about Marilyn… and the amazing thing is that there is not one thing in that film that is not truthful… it was just a revelation… she holds the mirror up to nature and she gets into acting that is beyond acting, that is being… Michelle’s performance made me appreciate Marilyn.”

Accepting the award, Michelle paid tribute to Monroe: “It seems to me that all that Marilyn ever wanted was to be taken seriously as an actress. She studied, she trained harder than me, and she never got the recognition that she deserved and craved. I feel very lucky tonight to experience some of that.”