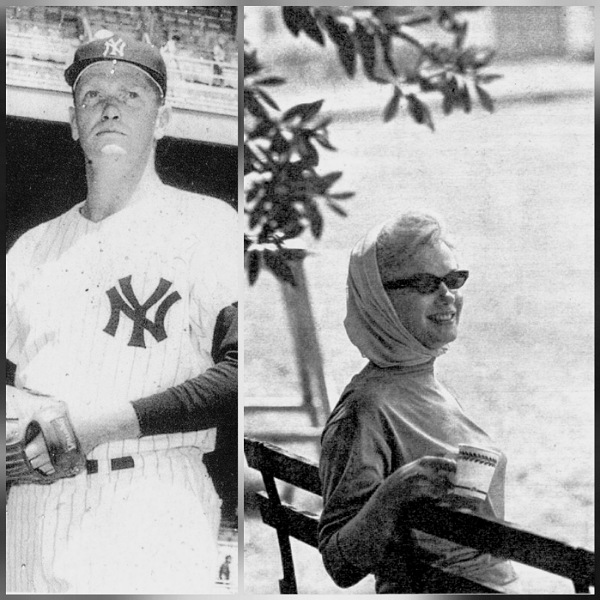 Meredith W. ‘Spud’ Murray, a pitcher for the New York Yankees from 1960-68, died at home in East Waterford, PA, earlier this month. Writing for the Delaware County Times, Ed Gelbhart recalled a conversation with Murray in which he spoke of meeting Marilyn (probably while Joe DiMaggio was training the Yankees in St Petersburg, Florida, in 1961.)

‘Mr. Murray had a thousand stories, like the time all the players were eating at the same hotel during spring training. The great Joe DiMaggio, by now a batting instructor, entered the dining room a little late. He surveyed the scene, noticed an empty seat at Mr. Murray’s table, and decided to eat with him that night.

“Spud,” a master of understatement, simply replied, “She seemed like a nice girl.” ‘